Apple Sticks To Premium Legacy, But Is Ceding Tablet Share 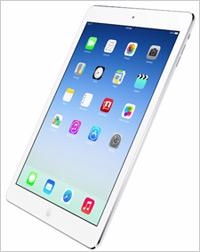 Apple appears to be admitting that it cannot own the tablet space going forward, so it will instead define the top end. With today's rollout of the craftily named iPad Air and a high-priced Mini with Retina Display, the company refused to chase the sub-$250 tablet market that Samsung, Amazon and a host of others are scrambling to fill with Android and Android-flavored small tablets. The refined iPad Mini with better display and standard iPad innards will start at an even higher price than the original Mini, now at $399. And the older model will drop only to $299.

Deliberately or not, Apple is signaling to the growing non-iPad field that it can have the low end. One clear reason for this is for the company to protect its margins. The original iPad Mini proved so popular that the lower-priced model clearly eroded sales of the higher-end model. Apple is willing to cede market share in exchange for margins.

Ultimately this is a smart bet, because owning the tablet market forever is not a realistic prospect. They could have made a serious dent in the competition if they had eaten their margins last year and sold the Mini for $250 even. That would have been low enough to make anyone think twice before buying another tablet, if only because the iOS App platform is so much better developed for tablets than Google's for Android. But at some point there was no way Apple could chase price without becoming another company.

The introduction of the iPad Air is about as innovative as one can reasonably expect at this point. My favorite analyst response to rumors of the new model came from my old buddy at BCG Partners Colin Gillis who told one reporter, what do we expect from Apple? To put wings on the thing? It is a tablet. But its introduction is deft. Its naming recalls the blistering, if quieter success of the Mac Air, which is indeed the best laptop I have ever used. And I go back to the original Toshiba portable with the squashed LED flip-top screen in 1989. Apple’s Air branding follows a compelling design principle -- make the technology ever more invisible. I no longer have to think whether to bring my laptop. The AC brick is the only consideration now. Likewise, Apple's weight and size-reduced iPad may tempt people back from a Mini purchase, and it simply makes the iPad more usable.

And of course there is the greater reality that Apple seems to have made peace with. They invented a new ecosystem and way of interacting with digital media. While they ceded the landscape to other hardware manufacturers, the app side of things is still very much led by Apple. They know that most of the lower-end tablets are being used as e-readers with benefits or as Web browsers. While there has been some evolution in the tablet side of Google Play, there still is no comparison between Android on tablets and iPad in my mind. And I have forced myself to spend days at a time only using the Nexus 7 (brilliant hardware -- limited app content).

The larger issue raised by the Mini and the rise of Android tablets is that now the playing field has shrunk to 8 inches and below. In my use of the mini that actually makes more difference than many suppose. If the half-sized tablet becomes the tablet standard for Web browsing and even cross-platform apps then even tablet-aware designs have to change scale. Many of the digital edition magazines I love on the full-size iPad become challenging to read on the Mini. And even tablet-friendly Web sites suffer because the fatter buttons for navigation often are not fat enough.