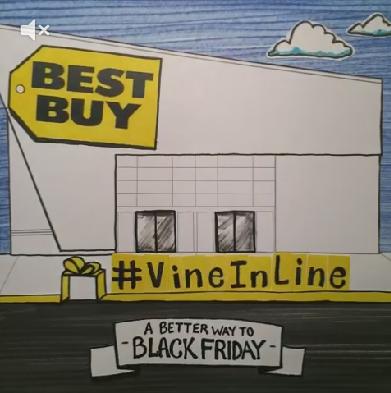 The early returns on Thanksgiving shopping both online and off suggest a curious irony. Mobile technology may have had more of an impact on shopping from the home than it did on the go. As we report elsewhere at MediaPost today, the IBM Holiday Benchmarks of over 800 online retailers show substantial use of tablets and smartphones during Thanksgiving Day for shopping and buying. The short version is that mobile traffic accounted for more than 36% of T-Day retail visits -- up almost a third from last year. Sales from devices were at 23.6% of all digital purchases. Generally, as one would expect, smartphones were driving a lot of the site browsing, but tablets were responsible for most of the actual buying. iOS was responsible for four times the share of online sales of Android and about double the share of overall traffic.

But once you move outside the house and encounter Thanksgiving Day shoppers, the use of mobile shifts considerably. Omnicom’s measurement company TPN partnered with groundctrl to plant monitors at the major big-box retailers to do surveys of shoppers on the ground. The overwhelming majority of shoppers last night told researchers they didn’t even have shopping apps on their phones. Among those who did, 13% had the retailer’s own app installed, 8% has a list maker and another 8% had a price comparison app. Only 3% had a coupon app. Only 23% of respondents said they even used a mobile app before going out shopping.

And at least for Thanksgiving Day, the fear of showrooming among retailers was outsized. Not only did most retail app users have the retailer’s app installed, but overall only 12% of Thanksgiving Day shoppers used an app while in the store.

Of course, consider that Thanksgiving Day shoppers are very mission-driven and likely would not have as much time or motivation to check their smartphones in the thick of the consumer battle lines. They likely have researched specific deals via a number of online and offline channels before swooping in for targeted buys. We will have to see how the full Black Friday weekend pans out before determining fairly how much mobile plays a role.

As for whether all of this T-Day shopping activity was worth the effort, inconvenience (to workers at least) and controversy, the early results don’t suggest an overwhelming win for consumers. Only 31% said they found and bought the great Black Friday deal they wanted, and another 8% felt they got what they wanted without it being much of a deal. At least 19% of shoppers said that retailers got what they pretty much wanted -- shoppers buying a lot of stuff they hadn’t planned to buy because they found deals they couldn’t pass up.