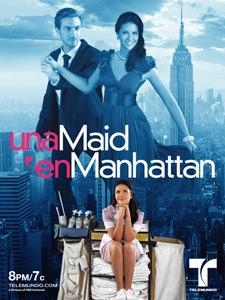 The arrangement begins today. Financial terms were not disclosed, but the Telemundo deal, set for a year, is not exclusive.
Drama Fever, which curates TV and movies for Asia, Europe and Latin America, will get access to various hit shows, including "Una Maid en Manhattan," “Alguien te Mira" and "Donde esta Elisa."

Founded four years ago, DramaFever's primary focus had been distributing Asian content in the U.S. -- but it recently added European and Latin American shows, bringing its title total to 600. It also syndicates some of its content to Netflix, iTunes, Amazon and Netflix.

Peter Blacker, executive vice president, digital and emerging businesses, Telemundo Media, stated that the alliance was another example of "super-serving our audiences" ... "on the screen of their choice." DramaFever co-founder and co-CEO Suk Park added that the expansion of Spanish and Portuguese-language content "cements our footing as the one of best destinations for global programming online.”

Telemundo, the second-largest provider of Spanish-language content worldwide, syndicates content to more than 100 countries in over 35 languages.

Separately, Telemundo -- in a nod to more conventional TV programming -- recently announced a rare second season of "El Senor de los Cielos," a telenovela crime drama about a Mexican drug lord. In the past few years, Variety reported this summer, under former Telemundo Media President Emilio Romano's directive, the network is focusing on novelas and other shows produced in Spanish but with clearer U.S. sensibilities. That translates into more soaps set in Miami, New York and Los Angeles and less Latin American imports