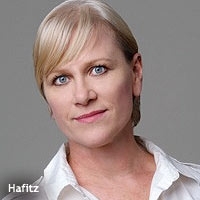 If you’re looking for the first marketing catchphrase of 2014, you have found it: It’s what researcher Robin Hafitz calls IWWIWWIWI, and it’s a defining trait of Gen Y: I want what I want when I want it. But while she first coined the phrase back in 2010, when studying the just-burgeoning trend of binge-watching, Hafitz says it’s a phenomenon that's infiltrated every industry, and, increasingly, every demographic. She fills Marketing Daily in on some of the impact, including the inevitable Millennial countertrend—an increasing willingness to step away from their smartphone.

Q: So what's behind IWWIWWIWI?

A: Consumers want to pay attention to something all the time. I call it attention-division disorder. They get bored if they don't. It is the direct result of technology, and the promise that it is possible for them to get what they want on their terms. But it doesn't always work perfectly. There's tension. When they don't get what they, there can be a sort of internal or external tantrum.

Q: Has it spread?

A: Totally. It’s just that for Millennials, there's friendship cred involved. They will take those three extra digital steps to get past a paywall, for example.

Q: What happens when they don't get what they want—when they have to go to the Department of Motor Vehicles, for example, or a flight gets delayed?<

A: They have an awareness that their need is unhealthy. It feels kind of addictive, and they are starting to experiment with periods of unplugging. It's sort of the opposite trend—they either want to be in complete control or completely out of control.

Binge viewing speaks to both needs. On one hand, they want entertainment content on their own terms. The opposite is the love of being immersed in a storyline, and out of my own head.

Q:  So they don't always WWTWWTWI?

A: No. There's this smaller trend with Millennials deliberately unplugging for periods of time. Especially when they are cooking. Food is the ultimate analog experience. You don't have digital tasting. It's in your body. And in music, the big trend is of course, individual songs on your MP3, with programmed play lists. But vinyl records are the counter trend, and that business is on fire. We're finding that many more people are deliberately not checking their phones while binge-watching.

A: No! But they are experimenting. They have no skills around letting their mind be empty. And they find it hugely inconvenient. But they will try and see the good in it. We had a bunch of them go offline for an extended period and write a deprivation diary, and my favorite comment? “Without the Internet, no one can hear you scream.”