The Search For Love And How Skype Keeps It Growing 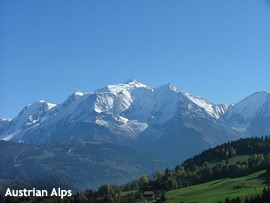 A friend's son spent the last year in Austria teaching leadership classes for a church group. He's in his early 20s. While there, he met an Austrian woman about the same age. They hit it off. So before returning home to the United States just prior to Christmas Day, they mapped out a plan to keep dating while apart. They would rely on Internet technology.

This elaborate plan needs to support their relationship for at least six months to a year, until they reunite in the United States. Microsoft's Skype will play a big part in the process. They plan to share meals, watch television and movies, and opinions and experiences through the video service. The biggest obstacle won't become spending quality time together, according to his mom. The biggest obstacle will become finding similar restaurants in her little Austrian town, so they can simultaneously share the same foods.

The idea to use a video chat service to have a conversation with someone halfway around the world isn't new, but technology like Skype made it a whole lot easier in 2013 to connect with friends, family, loved ones, and business contacts.

I have another Huntington Beach friend whose daughter lives in Sweden. They use Skype once weekly. In 2013, some 44% of U.S. adults have used an online video chat service like Skype, Googletalk, or iChat to have a conversation with other people, per Pew Research Center Internet Project survey. A similar survey in 2012 among teens found 37% have used one of the applications to have a video conversation.

It turns out that frequent teen Internet users, texters and social media users are all more likely to video chat than others. Some 43% of daily Internet users video chat, compared with 31% of weekly users and 1% of those who use the Internet less often, according to another Pew study.

microsoft, online video, search, video
1 comment about "The Search For Love And How Skype Keeps It Growing".
Check to receive email when comments are posted.
Next story loading