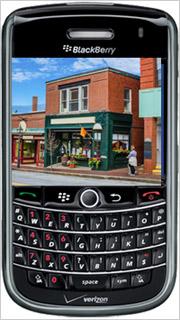 As most evolved brands with a range of mobile presence already know, branded apps are best suited for your loyal core customer. The mobile Web is usually better able to spread a wider net via search and social to acquire newer users. And perhaps it is not surprising, but still worth mentioning, that branded app users also are heavy users of that retailer's brick-and-mortar venues.

Mobile commerce platform Digby just issued its year-end analysis of holiday shopping patterns both on devices and in the physical realm. The company found that shoppers who had retail apps on their smartphones were more active regular shoppers even in a down season for physical retail. Digby measured a 29.6% increase this year in total visits during the holiday season than the year before. Digby's Localpoint analytics tools allows retailers to analyze its users' behaviors over time, including store visits, revisits, and time spent in store.

Digby says the numbers suggest people with retail apps actually evidence different shopping behaviors. “They’re likely to be much more active during the holiday than non app-holding shoppers,” says CEO David Sikora in the company announcement. “Retailers have a significant opportunity here to positively impact their most loyal shoppers' in-store experiences. These are the shoppers on which retailers should focus.”

Well, yeah -- I think we sort of knew that. But okay -- going further, however, we start to see exactly ow much of a loyalty marker having a retailer's apps on one's phone is. And like a number of other location-aware surveys, Digby does give us some interesting insight into physical behaviors. They find that 47% of the sample with retailer apps returned to the same retailer two or more times during the holiday.

These folks are also pretty diligent in their store visits. Only 2% of those measured were making quick trips of under 30 minutes. The overwhelming majority (94%) stayed in-store for half an hour to an hour.

That last number also suggests that retailers have a lot of time to capture the user's attention to engage them in a mobile screen. As we move away from the simplistic fear that mobile phones are an enemy of the retail experience, merchants can begin to contemplate how devices help get a shopper into the brand’s digital loop. The so-called omnichannel approach has to take every opportunity to communicate to the shopper the full range of online and offline resources that the store makes available. Giving a shopper something cool to do with their phone when in the store is an opportunity to introduce them to your digital experience.