Tag, You're It: Audience Targeting Shifting From Browsers To Pages 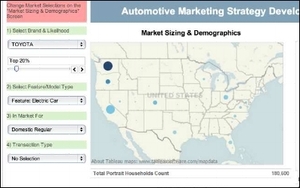 For all the debate surrounding the role cookies play -- for better or worse -- in consumer audience targeting, the next big battle won’t take place on users’ browsers so much as it will on publishers’ pages. Companies ranging from Google to Nielsen to the biggest and baddest of Big Data’s big aggregators are in a race to distribute and operationalize a new generation of audience tracking tags they claim will give them the most complete view of consumers, regardless of what browsers -- or devices -- they’re coming from.

“We serve so many tags right now through OCR that virtually every computer has some kind of Nielsen tag on it,” Paul Donato, the chief research officer of Nielsen, told me in a recent exclusive interview. By OCR, Donato was referring to Nielsen’s “online campaign ratings” tags, which have become its primary method for measuring the audience of video and display advertising campaigns.

What comScore, Nielsen, Google, and others all have in common is that they are developing, “scalable” and “privacy-compliant” ways of understanding the aggregate audiences of advertisers and publishers in a way that flips the controversial cookie-based model from an inductive approach targeting individual users to a deductive method of understanding the overall value of a publisher's pages, or the meaningful segments of consumers who come to it.

“Tagging has become a really important part of the story,” says Gian Fulgoni, executive chairman and co-founder of comScore, which is very much in the new horse race, especially vis a vis Nielsen. Because comScore gets to see everything on all the machines of the consumers that have opted into its research panels, Fulgoni says comScore has one of the most representative views of the share of tags currently distributed on publishers’ pages and on the number of advertisers using them to track their digital display and video campaigns.

Based on its most recent tracking, Fulgoni says comScore is winning the race vs. Nielsen by a wide margin. In the U.S., he says comScore’s tags are distributed on about 90%, while Nielsen’s tags are on 80% “of the machines out there.” Globally, he says the comScore advantage is even higher, because comScore distributes its tags in more countries -- 45 to date.

As a result, Fulgoni says comScore has about two times the number of advertisers using its tags to track their digital campaigns in the U.S., and outside the U.S. he said the comScore advantage is more like six to one.

As important as tagging pages has become, Fulgoni says the data isn’t that valuable unless there is context behind it. In the case of comScore and Nielsen, that context comes from being able to correlate the data with the demographic and psychographic information of users who opt-in to their panels.

“That’s what give you the individual level of demographic data,” he says, “but the tags are what enable you to enhance and with the audience projections to make them more accurate.”

He says this is doubly true when it comes to mobile browsers, which account for more than half the time spent on the Internet, but which do not have the ability to be tracked by third-party cookies.

“I think the media measurement systems of tomorrow are not going to be able to measure these audiences with panels alone, and tagging will emerge as a more important part of the solution,” he says, adding “that will be as true of television as it is of the digital stuff.”

Not surprisingly, that solution is at the core of comScore’s plans to develop the most comprehensive “cross-platform” measurement system the industry has seen to date -- the one that will grow out of the so-called “Project Blueprint” it developed with Arbitron for ESPN.

Following Nielsen's acquisition of Arbitron, the Federal Trade Commission compelled Nielsen to sell a key technological component -- the so-called LinkMeter -- to comScore, and that deal was completed on Friday. Fulgoni wasn’t ready to provide details of that plan at press time, but he did say that insights gleaned from the ESPN project reveal that most of the “assumptions of media planners” used to date to calculate the “overlap” of devices used by consumers to access digital media are “dramatically different from the reality.” As a result, he said, many of the mathematical models developed by Madison Avenue to plan across digital media are “significantly flawed.”

As fierce a battle as the digital tagging war has become, one neutral player is emerging in an attempt to help both marketers and publishers organize the data objectively and scientifically. If there’s a Switzerland in this war, it’s Arkansas-based big data organizer Acxiom. In fact, that neutrality is the fundamental basis of the so-called Audience Operating System it unveiled last fall during Advertising Week, and was the primary reason MediaPost’s MEDIA magazine named Acxiom its “Supplier of the Year.”

“The overarching premise is connecting consumers with marketers and scale in a privacy-compliant way,” says Nada Stirratt, executive vice president and chief revenue officer of Acxiom, who along with some key members of Acxiom’s development team gave "MediaPost Weekend" a sneak peek at a suite of new products enabling marketers -- and publishers -- to do just that.

The core of the new products, not surprisingly, is a tag -- not just any tag, but an uber tag that enables any source to link its data with any other source, online or offline, in the new audience data operating system. That could be so-called “first-party” data a marketer might have identifying actual customers or anonymized “third-party” data used to define the attributes and characteristics of a broader base of consumers visiting advertising or publishing content. The tag, called Abilitag, is what gives Acxiom the ability to be neutral and to link the disparate sets of other people’s data together in a way that enhances how they look at their audiences.

When Acxiom unveiled the platform in September, its team said they wanted other third parties to use it to develop new applications and products for analyzing, interpreting, valuing and transacting audiences on top of it, but it was introducing its own versions as a way of priming the pumps. The first was a cross-platform media planning tool it introduced in September, enabling users to look across the major media to understand what the relative composition of their audiences is. The new products being unveiled this week go a step further, enabling users to “predict” the audience propensity of different media options ahead of time.

At press time, Acxiom said it isn’t ready to announce any of the third-party developers it is working with, but comScore is believed to be among them, and they run the gamut from major agencies, publishers, and social media platforms to data and technology firms. Acxiom said there are at least “a dozen” partners actively working with its “API” to develop new products spanning the “areas of attribution, analytics, social, loyalty, DSP, TV, media planning, and data services,” according to a company spokesman.

Meanwhile, the most interesting of the new “homegrown” products being introduced this week is the “audience propensity” predictor.

“It’s kind of sexy, as a matter of fact,” says Steven Hartman, the vice president-product marketing at Acxiom, who gave "MediaPost Weekend" the tour.

The reason it’s sexy, Hartman says, is that it gives publishers the ability to predict which industrial segments need the audiences they deliver best, based on the way marketers in those categories are redefining the audiences they are looking reach. By “sexy,” Hartman means, publishers can use it to prospect for and pre-sell the value of the their audiences before it even comes up on a plan, or a flowchart, much less an insertion order.

To date, Acxiom has developed that ability for five key industries -- automotive, retail, telecommunications, travel and insurance -- and has several more in the pipeline. Using the data, publishers can identify the explicit audiences marketers in those categories are looking to reach, as well as where they are concentrated -- both in terms of types of media content as well as geographically.

“If Toyota is interested in reaching buyers who are interested in electric cars, and say, regular domestic cars, I just press these combo boxes,” Hartman says, clicking off those boxes on the system's dashboard (see image on this page). Not surprisingly, the output shows these consumers are concentrated

geographically on the West Coast, especially in California and Washington State. More surprisingly, it shows what types of media and content have the greatest propensity for reaching them (see bubble chart at right).

“The tool tells me Toyota is looking for ‘New Age Nurturers’ who probably like granola and listen to a lot of satellite radio,” says Hartman. What a publisher or an advertiser does with that information is up to them. The point of the new tools is to give them the ability to look at their audiences that way."


audience targeting, big data, publishing, tagging
1 comment about "Tag, You're It: Audience Targeting Shifting From Browsers To Pages".
Check to receive email when comments are posted.
Next story loading