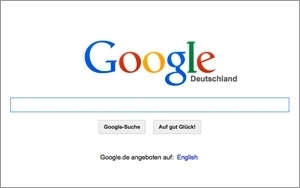 Google has tentatively settled an European antitrust probe by promising to display “clearly visible” links to three rivals whenever the company also returns links to its own vertical services, like Google Shopping, EU regulators said on Wednesday.

The companies that want to appear in those results pages reportedly will have to pay at least 4 cents per click, according to Bloomberg. If the deal is granted final approval, it will resolve a three-year antitrust probe by EU officials. In the U.S., the Federal Trade Commission and Google resolved a similar probe, also stemming from allegations that the company violated antitrust laws by promoting its own services in the search results.

In the U.S., the FTC said it found that Google's primary reason for touting its own offerings in the search results was "to improve the user experience," as opposed to harming potential competitors. EU Competition Commissioner Joaquin Almunia expressed a similar sentiment on Wednesday. "My mission is to protect competition to the benefit of consumers, not competitors,” he said in a statement. He added that the deal “provides users with real choice between competing services presented in a comparable way.”

Google Senior Vice President and general counsel Kent Walker said in a statement that the company will “make significant changes to the way Google operates in Europe.”

Consumer Watchdog, a frequent Google critic, says the agreement is inadequate. “It does not get to the heart of the problem, which is that Google continues to favor its own results,” Consumer Watchdog's John Simpson tells Online Media Daily. He adds that Google should have to adhere to “true search neutrality,” which Consumer Watchdog describes in a statement as “an objective, nondiscriminatory mechanism to rank and display all search results -- including links to Google products and services.”

But others have said that the concept of “search neutrality” doesn't make sense. "The case for search neutrality is too muddled to be convincing," University of Maryland law professor James Grimmelmann argues in a piece about the topic. He adds that search is “inherently subjective,” given that it requires companies to guess about users' intentions.

Simpson also criticizes the deal on the grounds that it “produces a new revenue stream for Google from its competitors.”

The EU settlement also requires Google to allow content providers to opt out of having their material appear in Google's specialized search offerings. In addition, Google will not provide search ads to publishers without insisting on exclusivity, and will allow advertisers to run campaigns on competing search platforms. Some of those additional terms appear to be similar to ones that Google agreed to follow in its deal with the FTC.

If approved, the EU agreement will last for five years.