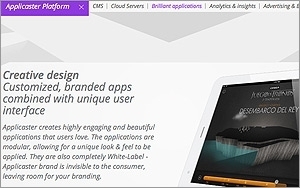 Univision is using Applicaster’s cross-screen system to create companion experiences for popular programming, which also offer new opportunities for advertisers through sponsorships woven into the plot. By combining the Applicaster features with its own UVideos network, Univision is able to offer audiences interaction with their favorite telenovela characters, including personal messages with photos, video clips, plot tips and commercial offers in the context of the shows.

Applicaster CEO Jonathan Laor explained: “Broadcasters continuously seek new ways to cater to the growing sophisticated video consumers and second-screen audience. However, this should not come at the expense of main screen advertising revenues, but rather magnify it; adding social, interactive, and commercial layers to the TV experience creates a new synergy broadcasters want to leverage.”