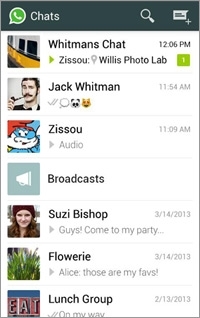 WhatsApp isn’t resting on its laurels. Fresh off its $19 billion acquisition by Facebook, the messenger service plans to add voice calls to its offering in the second quarter, according to company CEO Jan Koum.

That move could be another blow to the revenue of telecom operators, which have already taken a hit from the rapid emergence of services like WhatsApp, WeChat, Line and Kick Messenger as free alternatives to carrier-based text messaging.

These services could cost carriers worldwide $32.5 billion in texting fees in 2013, according to market research firm Ovum. The prospect of WhatsApp, with its 450 million users, taking voice minutes and related revenue as well won’t be welcome news to telecom providers.

“Unfortunately for mobile operators, this does mean that more users will migrate to VoIP services, further cannibalizing not only SMS revenue, but also voice-calling revenue,” said Neha Dharia, a consumer analyst at Ovum.

In that light, it will also make WhatsApp a more director competitor of Microsoft-owned Internet calling and video chat service Skype, which says it has more than 300 million users globally.

"We are driven by the mission that people should be able to stay in touch anywhere and affordably. Our goal is to be on every mobile phone in the world," said Koum, speaking Monday at the Mobile World Congress in Barcelona.

The WhatsApp CEO, however, characterized company as a partner to operators rather an antagonist. In that vein, he announced a partnership with KPN's E-Plus, through which it will introduce a WhatsApp-branded mobile service in Germany.

Despite adding another voice-calling alternative for consumers, Dharia said the step would also open up further opportunities for operators to work with WhatsApp to “offer a well-rounded IP communications service to their subscribers.”

Koum reiterated the Facebook deal wouldn’t change the company’s product road map to reach the next 1 billion users. Nor will WhatsApp add advertising to its service.

Separately at the Mobile World Congress on Monday, Nokia as expected announced a new line of Android-based devices to reach a broader audience, especially in emerging markets. The Nokia X, X+ and XL, will retail for the equivalent of between $122 and $150 and launch initially in Asia Pacific, Europe, india, Latin America, the Middle-East and Africa.

Each of the devices comes equipped with a Qualcomm Snapdragon dual-core processor and a range of third-party apps pre-installed, including Viber, Vine and Twitter. Nokia’s Windows Phone-powered devices, especially the Lumia, have been gained some traction in the last year. But the Microsoft platform ended 2013 with only 3.3% of the worldwide smartphone market—just a fraction of Android’s dominant 78.6% share