The M-Payment 'Duh Factor:' Try Figuring Out the Value First. No, Really This Time 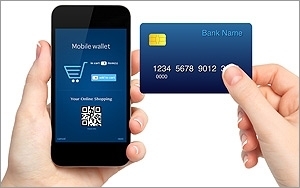 Here's a twist -- in their early stages, mobile commerce and m-payments were often feared by users as security hazards. It took years for consumers to become comfortable with putting their credit card numbers into a desktop Web site. Port that activity to a mobile phone that traveled out of the house and was prone to being lost and stolen, and many users froze at the prospect.

We have come a long way since then. Mobile banking in particular has been a leading factor, I think, in loosening up our attitudes toward m-commerce.

But MasterCard is poised to reverse that irrational reflex about the insecurity of mobile devices and actually make the phone the key to security. At Mobile World Congress this week, the company revealed a test program that uses the cell phone as a verification mechanism to prevent credit card fraud. The concept is quite simple. Working with mobile tech platform Syniverse, MasterCard uses the customer’s phone geolocation to verify that the credit card user is more likely to be authentic. The platform requires that the customer’s cell phone be in close proximity to the credit card when it is being used. If a card is stolen and the thief attempts to swipe it in a distant location, the system triggers a security alert.

The system also offers customers an additional convenience function because it can verify card uses that ordinarily trigger unnecessary security checks. Foreign travelers, for instance, will often get flagged because their credit card companies were not aware they were traveling abroad. By connecting the cell phone to the card, MasterCard can verify you are traveling and avoid the security check.

And like every credit card company in human history, MasterCard also sees in this model an opportunity to make a little extra money off of its customers. They propose to sell travelers prepaid international data packages that will help ensure their GPS and data back channel works overseas. Because if a credit card company weren’t looking for some way to squeeze a few more bucks from their trusted and loyal customer base, well, then you would know that the end times were approaching.

You might also consider this model another way to edge consumers toward digital wallets. The process makes the consumer feel more comfortable engaging the phone as a part of the payment process and can tie the credit card and geolocation to app services that ultimately become m-payment models. M-payments and digital wallets have been solutions in search of a problem for almost a decade now. The NFC chip technology that some believed would drive adoption of the phone-as-credit-card model has actually been available since around 2005. No one else really cared, and they still don’t.

Consumers, if they really cared enough to pay attention, would have to scratch their heads over the near-comic antics of the many players to rationalize m-payment solutions. One company is even charging users to add a dongle or special case that lets the phone replace a credit card swipe. No, seriously. They want you to pay for the privilege of adding weight and geekiness to your phone so you can dazzle the clerk at 7-Eleven.

At least MasterCard gets what has been clear for four or five years. It is the back-end functionality attached to digital wallet and m-payment solutions that really matters. MasterCard is trying to back door m-payments by focusing on this value that at least some consumers will recognize. Apple, I think, gets this with its Passbook. It has slowly but surely demonstrated how aggregating simple functions like e-ticketing is a clear service. Ironically, Passbook solves a problem that the smartphone helped create -- ticketing and coupon activities that get dispersed across too many apps. Hunting down your Starbucks, Delta or Amtrak app at checkout or the gate is just a bother we all appreciate circumventing.

Rather than try to prematurely roll out an m-payment front end that no one sees as necessary and rationalize it later in an under-imagined digital wallet, Apple has gotten the order correct. First prove to users the convenience factor of the most basic smartphone functionality. Get them dependent on the function, and then think about how to connect it to the m-payments that are Apple’s big payoff. In some sense Starbucks -- far and away the most successful m-payments app so far -- also got this. Adding even a small amount of real and recognizable convenience to the user’s day really does move this model forward. Using the Starbucks app to pay for that morning coffee makes sense because it removes just a tiny bit of friction every morning and accrues a reward the customer can see. It is a small thing that insistently speaks its value.

The big disconnect with mobile payments has been that even consumers can see through them as ploys that add value mainly for banks and occasionally for retailers, but almost never for the consumer. I have to admit I have been bemused watching all of this unfold. It is the comedy of mid-level executives in bad suits and startups in bad khakis actively deluding themselves into believing that their own interests really align with consumers.

Of course, finding the value in the digital wallet has itself become a trope of the industry for years. This is a simple truth about these hapless efforts I have heard everyone recite since 20010 at least. And yet, the dumbass ideas keep coming.