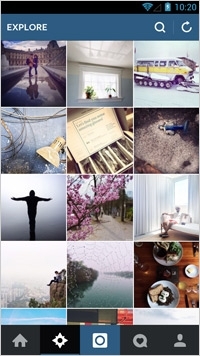 With Facebook continuing to limit the reach of organic posts by brands on the social network, alternative platforms may become increasingly attractive to marketers. Brands have already flocked to Facebook-owned Instagram, but could end up focusing even more on the photo- and video-sharing platform to counter the shrinking reach of organic posts on Facebook itself.

With that in mind, what kind of interaction should marketers expect on Instagram? New data from social media analytics firm Union Metrics indicates the average engagement rate per post is 4.3%, and the median rate is 3.5%. The finding is based on an analysis of several thousand posts for 55 brands on Instagram in the last few months.

Union Metrics, which today announced the extension of its analytics service to cover Instagram, in addition to Twitter and Tumblr, noted that posts are far more likely to draw likes than comments because they require much less effort.  Brands will typically see somewhere between 100 and 150 likes to a comment on Instagram.

But that ratio can vary widely, with some as low as five or 10 likes per comment and others as high as 1,000 per comment or more. The study spotlighted data for one unnamed toy-manufacturing brand on Instagram, which posts a few times a month and draws a few hundred likes and a few dozen comments each day.

Jenna Broughton, director of customer success at Union Metrics,  said that while most activity takes place 18 to 24 hours after a post, likes and comments can still come in days and weeks later. “Instagram content lives a pretty long time on the platform, considerably longer than we expected,” she said.

Posts featuring photos and videos have long been associated with higher interaction rates in social media, so it’s no surprise that rivals like Twitter are taking a page from Instagram and Facebook by adding photos to the feed and rolling out more visually rich profiles. Broughton said the Union Metrics study didn’t compare Instagram engagement metrics with those on Twitter or other social-networking sites.