Consumers To Spend Big On Mama 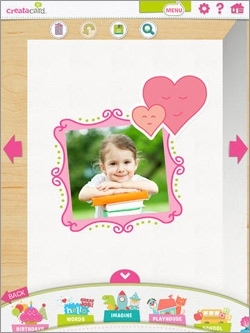 Looks like American mothers will be getting more than just breakfast in bed on May 11, with two consumer surveys predicting spending of at least $19 billion. And while marketers of everything from greeting cards, restaurants, jewelers, florists and day spas are all angling for favored-child status as mom’s big day approaches, tech companies are likely to come up short.

The National Retail Federation reports that while average spending will be somewhat lower -- $162.94 this year, compared with $168.94 last year --  total spending is likely to reach $19.9 billion. Cards are by far the most common way to send mom love, with 81.3% of the 6,500 respondents sending one. (Nor are they all traditional: American Greetings is hyping its iPad-based Createacard, for example, designed for kids to make their own cards, which the company will print and mail with a single click, as well as its free mobile-generated greetings from the justWink app.)

Flowers are the next most popular option, given by 66.6% of those celebrating -- generating some $2.3 billion, reports the NRF, which conducts its survey with Prosper Insights & Analytics. And while other popular gift categories -- from clothing to spa cards -- continue to appeal to gift givers, tech has lost some luster: Only 13.1% are considering consumer electronics, and intend to spend $1.7 billion, down from $2.3 billion last year.

Traditional gifts also topped a survey from Brand Keys, which predicts a 7.5% increase in spending this year, observed by 90% of 5,000 U.S. adults it surveyed. "Mother's Day now involves a broader spectrum of relationships and has become a universal holiday," says Robert Passikoff, Brand Keys founder and president, in its release. "It now embraces step-moms, female relatives, partners and friends. Changing family dynamics, including divorced and single-parent households, and the fact that this holiday crosses ethnic, cultural, and religious boundaries presents a real opportunity for retailers."

Brand Keys predicts these mother-lovers will create an average expense of $184, with men forking over $215 and women spending $153. This survey also detected a decline in gadgets-as-gifts, and notes that consumer electronics is the only gift category registering a decline. “No matter how much you love your mom, the reality is that she doesn’t need a new smartphone or tablet every year,” he says, “no matter how much tech brands wish that was the case.”

Brand Keys says the biggest increase in spending is likely to among spa services, up 16% from last year; clothing, up 14%, and treating Mom to a special brunch, lunch or dinner, up 10%.