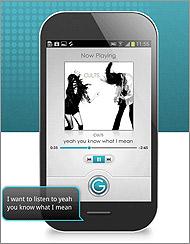 Intel has acquired Israeli-based Ginger Software's personal assistant technology Ginger, which supports natural language processing and applications. Think Apple Siri or Microsoft Cortana. It's the rise of personal digital assistants that can carry out a function or command on mobile devices. Will the chipmaker build the technology into the chip, making personal assistants supported by the operating system obsolete?

The assets Intel acquires include a platform for third parties to create custom personal assistants. It will not acquire all of Ginger Software.

The platform for creating personal assistants taps into the company's Automatic Speech Recognition and Natural Language Understanding engines. It is used as a reference design or building block for engineers wanting to build and maintain a personal assistant. Ginger claims 40% higher accuracy than other speech engines and has the capability of adding support for multiple languages.

Israeli media site Calcalist first reported the news. It reports that the company has raised about $20.2 million in funding since inception in 2007, and recently Soffer Teeni, Ginger chairperson, left to become CEO at Facebook Israel.

Wearable technology took a leap during the past year and shipment volumes are expected to exceed 19 million units in 2014 -- more than tripling last year's sales, per International Data Corporation (IDC). The global market will rise to 111.9 million units in 2018, resulting in a compounded annual growth rate (CAGR) of 78.4%. Imagine Intel building out a series of wearable devices and integrating Ginger.