Oops! Students Getting Annoyed With Mobile Ads, Take It Out On Brands 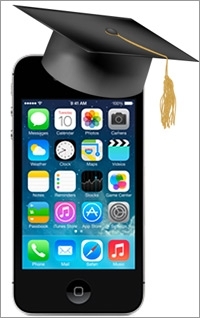 Asking people whether they “like” or “dislike” ads is always a bit of a phony survey question, since the query usually triggers a reflex rather than a thought. But when you see a pretty sharp change in the reflex, there is reason to take notice. According to its regular survey of student attitudes toward their mobile devices by Ball State researchers, annoyance over mobile advertising has grown faster than has exposure to these ads. Currently, 76% of Ball State smartphone-using students say they get ads on their devices -- up 15% since the survey started in 2009. But 69% of now say they are annoyed by these units, up 36% in five years from 51%.

If the respondents are to be believed (again, the questions are just asking for stock responses), advertisers may begin to pay a price for becoming recognized as mobile pests. A third of the smartphone owners who get mobile ads say they are less likely to purchase the advertised products as a result.

Hard as it may be to gauge mobile advertising’s negative impact on purchase intent (you have to recall the ad in order not to buy the product, after all), there is a shift in attitudes somewhere lurking in these metrics. College students used to be the cash-strapped freebie-hunters that marketers could count on to respond to offers and tolerate promotional intrusions more than most. Ad-choked messaging/chat services and adware-spiked free download sites were built to capture this demo.

My take on this is that even though college students are still willing to trade free stuff for consuming ads, they seem to need a more explicit exchange of value. The institutionalized structure of ad support, embodied by interruptive and intrusive banners on everything, seems to be challenged by a medium that is more personal and its user take more personally. It may not be that they don’t want ads or like them less, but that they need a clearer model of value exchange.

It has to be clear and even more personal -- deliberate.

But maybe free ain’t what it used to be for this segment. More than half of smartphone users (58%) in this group say they are not interested in getting coupons or discounts on their phones -- more than double the 24% who claimed disinterest in 2009. College students have either gotten a lot richer or just less impressed by yet another channel-pushing deals. Either the convenience factor of getting promotions on mobile has lost its luster or these kids are so swamped in offers now that having them clutter the phone is more trouble than it is worth. Still, the old marketing moves for this segment are not dead yet.

Forty-four percent of smartphone users would accept ads in exchange for free stuff (with books, music and movies among the most desired freebies). Almost half will accept ads on their phones if some monetary incentive were involved.

Yeah, they are still college students.

Speaking of which -- man, can they eat. They are absolutely devouring content on these devices.

Use smartphones for email: 86%

Use smartphones daily for Web browsing: 74%

Use smartphones to take and send photos: 99%

Use smartphones to take and send video: 94%

Use smartphones to access social media: 92% (more than double from 2009)

It is that last metric, the near universality of video viewing on handheld devices, that probably has the longest-term and financially important implications. The digital video economy is going to start racing off of the least comfortable streaming media viewing platform yet invented – the personal computer, and towards its more natural home, the personal device.

mobile, research, search, video
1 comment about "Oops! Students Getting Annoyed With Mobile Ads, Take It Out On Brands".
Check to receive email when comments are posted.
Next story loading