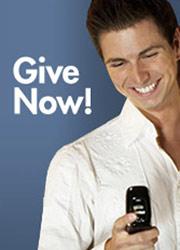 Earlier this year, Burger King announced it would begin accepting mobile payments at over 7,000 locations, and Starbucks said it’s preparing to roll out mobile ordering. Those are just a couple of examples of quick-serve food and restaurant chains pushing more aggressively into m-commerce lately.

Other services like GrubHub, Seamless and Yelp also allow people to order in food locally via mobile from home or on the go. According to new research from Experian Marketing Services, consumers are increasingly using mobile devices to make food purchases -- including grocery home delivery and at brick-and-mortar outlets -- where available.

In its annual Digital Marketer: Benchmark and Trend Report, Experian focused particularly on the habits of “affluents” -- those making $100,000 or more annually. As Pew Research studies have also shown, more affluent consumers tend to have higher levels of device adoption and mobile interaction. Because they also have more disposable income, not surprisingly, they're also more likely to make mobile purchases.

Affluents, for example, are 12% more likely to buy food products via their mobile phone -- and about 30% more likely to do so on tablets and PCs -- than average. They are also more likely to visit the sites of family restaurants like Ruby Tuesday and Outback Steakhouse, as well as reservation sites like OpenTable.com.

Regardless of industry category, the study noted that tablets and computers remain the preferred options for making digital purchases compared to smartphones because of their larger screens. One exception is charitable giving. High-income people are just as likely to have made a donation from their smartphone as on a tablet, according to Experian. And those made by a PC are only marginally higher.

That’s partly because charitable organizations have made donating as easy as sending a text message -- think of the Red Cross mobile campaigns for post-earthquake relief in Haiti, and more recently in connection with Hurricane Sandy. “Marketers can take a page from the charitable sector’s playbook and streamline their own purchase process,” suggested Bill Tancer, Experian’s general manager of global research.

That effort might include letting repeat customers conduct transactions using financial information on file, or using mobile-optimized design for collecting payment information. Disaster relief donations via mobile have been held up before as examples of consumer willingness to take action or spend on mobile phones.

But let's keep in mind that those are unusual events where people feel compelled to make one-time donations to a trusted source within a brief time window. The same conditions do not apply to ordinary consumer purchases, which typically involve a more extensive shopping and buying process. Needless to say, any step that can removed from that process on a smartphone increases the chances of a conversion.

Tancer said the travel industry in particular would benefit from streamlining the mobile booking process. That's because affluents -- a prime demo for travel -- are only booking at marginally higher levels than average on mobile devices. Other research has shown that people are more likely to book things like overnight hotel rooms and rental cars on smartphones than bigger travel purchase like airline flights and vacation packages.