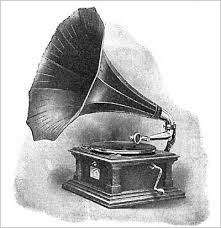 Apple’s acquisition of Beats and Google’s purchase of Songza seem especially prescient this week as Nielsen puts numbers behind a shift in media habits that was already apparent. Sales of music albums overall were down 14.9% during the first six months of 2014, the company reported. Digital albums were down 11.6%. Digital track sales dropped from 582 million units to 594, down 13%.  Meanwhile, on-demand streaming was up 42% and on-demand audio generally was up 50.1%. On-demand music video was also up 35.2%.

Music remains a core media experience, but patterns of consumption clearly are shifting. On-demand streams topped 70 billion in the first half of 2014. On-demand track streaming of the sort you can get from services like Spotify is beginning to outpace the growth of on-demand music video streaming from YouTube and Vevo. The model for ad-supported or subscription on-demand music services is clearly in ascendance.

Digital distribution and discovery are no doubt having some impact on the fragmentation of music sources. For instance. Billboard reports that UMG remains the largest distributor of albums in the U.S., with 38.1% of the market, compared to Sony Music Entertainment at 27.9% and Warner Music Group at 18.8%. But the 14.3% of the market coming from Independent labels is deceptively small, as Billboard reports that the share reflect distribution market share not music ownership. “If market share is calculated by ownership, the independent sectors share increases significantly,” they argue.

The shift in habits brings to the music industry yet another stage of questioning whether the on-demand and passive streaming models can make up for the lost revenue of the digital downloads that themselves raised questions years ago about financial viability. FT reports that the rise of the subscription-based streaming music services like Spotify, Beats and Songza has been driving an overall increase in paying music subscribers -- up to 28 million last year from 8 million in 2010.

While advertising in passive audio services like Pandora has been steadily increasing, I think the audio channel generally has been underappreciated as a potent marketing vehicle, especially as digital streaming moves off the desktop, onto handhelds and into cars. The mobile format has helped revive interest in the on-demand radio/podcast format as apps like Stitcher make it easier to manage these shows. Virtually all of the streaming services port perfectly to the car via increasingly sophisticated and easy device-to-dashboard integrations. Now that media playlists are in the cloud, pretty much anything I have in my Apple, Amazon, and Google audio libraries on the desktop is available to me now through the car audio system. Even before the auto industry’s telematics services proliferate, the simple fact that smartphones are driving a lot of in-car entertainment now opens up remarkable possibilities for location-based target marketing.

We will be exploring the new marketing possibilities for on-demand audio and music at the OMMA Premium Display show in Los Angeles on July 22. Pandora and Slate, one of the most evolved podcasting sources in the field, will be with us as well as agency executives to discuss their early work in the field.