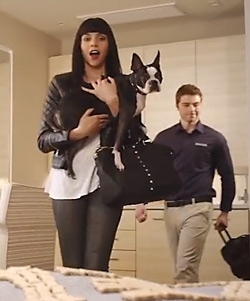 Replacing the former InTouch loyalty program, the new effort focuses on rewarding members for “true engagement with the brand,” such as attending a wine hour, interacting with the brand on social meeting, or visiting a Kimpton restaurant or bar.

The program gives participants more ways to get involved and earn rewards sooner — from the very first time they engage.

Marketing efforts to promote the shift include three off-beat short videos creative by Portal A, based in San Francisco and Los Angeles. The quirky videos center around the theme of "Who Does That?"  and feature a flamboyant centaur, as the common character in all three spots

“Our creative brainstorm started with the moment of delight when someone experiences Kimpton Karma for the first time and says, 'Who does that?'" Kai Hasson, Portal A's partner and creative director, tells Marketing Daily. “We played around with that question. Karma feels like magic, so what if something magical was behind it? That's what led us to the idea of going behind the scenes with a mythical satyr character.”

The thought behind the name change is because of what karma means to people. The hotel company believes that in order to earn loyalty, it’s important to “pay it forward. We believe that what we give comes back to us in the form of guest loyalty.”