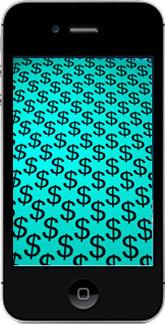 Supersonic has raised $15 million to expand its in-app monetization and user acquisition platform.

The Series B financing round was led by SAIF Partners, a Chinese venture capital firm -- which is fitting, considering that Supersonic plans to use the cash to expand throughout Asia.

Formerly SupersonicAds, Supersonic said it plans to open offices in Beijing, Tokyo and Bangalore by the end of the third quarter. By the end of the year, the company estimates it will hire an additional 100 employees, bringing the total to 250 people worldwide.

“We are significantly expanding our engineering and data teams to build user targeting capabilities on mobile,” according to Gil Shoham, co-founder and CEO of Supersonic.

Operating in a highly congested space, Supersonic faces stiff competition from AdMob, MoPub, Tapjoy, and other mobile ad networks. Facebook even got into the game recently with FAN, the Facebook Audience Network.

In North America alone, the mobile app audience can now approach 52 million at around 8 p.m. -- rivaling the viewership of the top three TV networks during prime time, according to analytics firm Flurry.

Unfortunately for advertisers, 43% of U.S. smartphone app users think in-app ads are annoying distractions and only about a quarter find them creative or relevant -- according to recent Forrester findings.

Supersonic also announced this week that it is on track to achieve an annual revenue run rate of $100 million, this quarter. To date, the company has now raised $23.2 million. Greylock Partners, an existing investor, also participated in this latest financing round.

Per the investment, Ben Ng, a partner with SAIF, will be joining Supersonic’s board