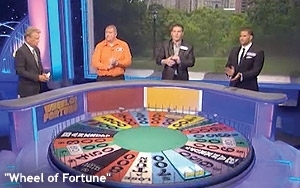 Through 10 months of the TV syndication season, top game, court and talk shows have generally improved their overall viewership results versus the same period a year ago.

CBS’ “Jeopardy” is up 8% to 9.8 million viewers, the third-best-rated syndication show overall in terms of viewership. Twentieth Television’s game show “Family Feud” is fifth-best at 7.5 million viewers -- 11% higher than a year ago.