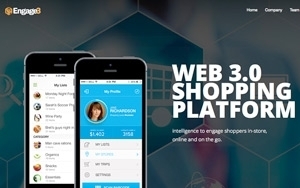 Newspaper publishers are jumping on the mobile shopping bandwagon, looking to team with mobile app developers who can help advertisers connect with shoppers near the point of sale via their mobile devices.

In the latest such partnership, McClatchy Co. -- which publishes the Miami Herald and Sacramento Bee, among other newspapers -- announced Tuesday that it is investing in Engage3, which specializes in retail intelligence and mobile shopping platforms. The amount of the investment was not disclosed.

The deal will give McClatchy’s advertising clients access to Engage3’s ShoppingScout mobile app and help accelerate market adoption of the app, which helps consumers find information on brands and retailers and delivers promotional offers via social, digital and print media. The app uses Engage3’s proprietary algorithms to analyze the user’s intent to buy, then provides that information to retailers, who may then respond with personalized offers.

Engage3 will help McClatchy identify markets where its local media properties can introduce ShoppingScout to subscribers and other potential customers.

McClatchy has been pursuing an eclectic strategy in the digital arena, with relatively small investments and acquisitions financed by big sales.

Earlier this month, McClatchy sold its quarter stake in Cars.com to Gannett, as part of the latter’s strategic move to spin off its newspaper publishing division as a standalone business. Cars.com will be incorporated into Gannett’s new digital and broadcast TV company.

At the time McClatchy said it would use some of the $640 million it received for its stake in Cars.com to finance other Internet ventures, as well as paying down some of its $1.5 billion debt, most assumed in its acquisition of Knight Ridder in 2006.