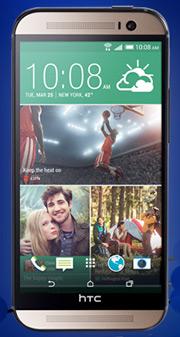 If the goal for Windows Phone was to become a credible third player in the smartphone market, it’s headed in the wrong direction. In the second quarter, the Microsoft mobile operating system continued to lose more of what little market share it has, accounting for 2.5% share of devices shipped in the period, down from 3.4% a year ago.

Android, by contrast, continued to tighten its grip on the global smartphone market, with a dominant 84.7% share, up from 79.6% a year ago, according to the latest quarterly data from research firm IDC. Android’s gain also came at the expense of Apple’s iOS, which slipped from 13% to 11.7% share. BlackBerry’s share is down to 1.5%.

Together, Android and iOS represented nearly all (96.4%) of the 301 million smartphones shipped in the quarter, with total volume up 25.3% from a year ago. Android, in particular, has benefited from focusing on smartphones in the sub-$200 range in emerging markets, noted Ramon Llamas, research manager with IDC’s mobile phone team.

The majority (58.6%) of Android shipments in the quarter, in fact, cost less than $200 without a contract. The proportion is expected to grow with the roll out of devices this fall built using Google’s Android One reference platform—its set of rules for manufacturers to build low-cost phones, perhaps in the $100 range.

For Windows Phone, the move will only make it harder to make inroads against the Android-Apple duopoly. "It's been an incredible upward slog for other OS players – Windows Phone has been around since 2010, but has yet to break the 5% share mark, while the backing of the world's largest smartphone player, Samsung, has not boosted Tizen into the spotlight," said Melissa Chau, senior research manager at IDC.

Besides the challenge of forging partnerships with manufacturers, another stumbling block for Windows Phone and its ilk is attracting developers who, for the most part, stick with the two big app ecosystems within Android and iOS.

IDC indicated, though, that the Microsoft platform could fare better in the second half of 2014 when vendors in key emerging markets come on board, such as BLU, Micromax and Prestigio.