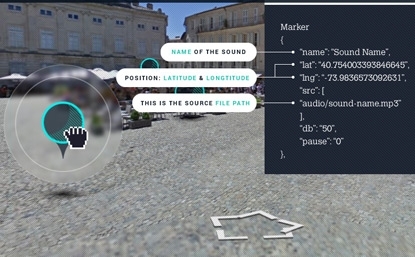 Children laughing while playing in a park, honking horns from a busy Manhattan street intersection, and water running through the rocks of a rushing waterfall are some of the sounds that Google's Street View lacks. Developers at Amplifon have developed a code snippet that adds everyday sounds to Street View by fusing Google's application with a Web audio API.

The technology also considers the direction the user faces as well as ear limitations and the shape of human ears to limit frequencies, per the company's Web site, which gives step-by-step instructions on how to add sound.

The Street View demonstration for the Buckingham Fountain in Chicago provides one example of how the application from Amplifon works. The closer the viewer gets to the fountain, the louder the water.

The company also launched a campaign asking designers to upload their Street View projects to a Web site for a chance to win a holiday voucher and a one year's subscription to the Adobe Creative Cloud Students and Teachers package. There are five packages to give away that include the latest Photoshop, Illustrator and more, along with cloud features. The closing date for the competition is Dec. 1, 2014.