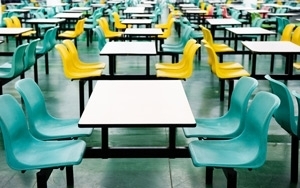 The signs that fast-food's era of growth may be waning, at least in the U.S., continue to multiply.

These giants were not alone. Overall sales at the big QSR chains grew just 1.1% last year, versus 4% in 2012, according to Euromonitor International data reported by Bloomberg Businessweek.

Restaurant industry experts point out that QSRs are reaching a saturation point, even as rival fast-casual chains are proliferating. The number of fast-casual locations in the U.S. grew from 9,000 to more than 21,000 during the past decade, while McDonald's locations — which were at 14,000 — rose only slightly, per Technomic data cited by The Wall Street Journal. (Last year, the net increase in the number of U.S. McDonald's stores was just 121.)

Indeed, the most-often-cited factor for the QSRs' sales trends is the growing number of consumers — and Millennials in particular — looking for healthier, fresher and (at least to their minds) tastier fare at the increasingly available fast-casual chains, like Panera Bread, Chipotle Mexican Grill and Five Guys.

Just last month, McDonald's global chief brand officer, Steve Easterbrook, acknowledged to WSJ that Millennials have a wider range of choices than any previous generation, adding: "They're promiscuous in their brand loyalty. It makes it harder work for all of us to earn the loyalty of the Millennial generation."

But those in other generations are also reporting less satisfaction with many of the major QSRs.

In July, Consumer Reports said that McDonald's' burgers were rated the worst-tasting in a survey conducted among 32,000 of the magazine's subscribers.

YouGov BrandIndex reported that perceptions of both McDonald's and Wendy's declined in the first two weeks of August. Perceptions of Burger King were rising, but that trend has since reversed, due to backlash about BK's U.S. tax-avoidance motivation for acquiring Horton's (a fast casual with exceptionally strong perception and loyalty levels in Canada).

As BrandIndex's mid-August data confirmed, among fast food eaters, McDonald's still beats Burger King and Wendy's by a wide margin, in terms of number of visits reported during the past 30 days.

The 3,000-consumer study, conducted in this year's third quarter, confirmed the same loyalty shifts that have been seen in the restaurant category in Brand Keys's Customer Loyalty Engagement Index.

Baby Boomers reported an 18% decrease in fast food restaurant visits during the past year. “Not surprisingly, this group placed an extraordinarily high value on health and living well,” says Brand Keys founder and president Robert Passikoff. “They can afford what nearly a third of the sample called 'quality food'," and they associate quality more with fast casuals than they do with fast food brands, he reports.

Boomers also expect better service  — something traditional fast-food chains have fallen down on in recent years. (QSR Magazine studies have found that drive-through times for McDonald's, BK and Wendy's have all increased in recent times.)

Boomers reported a 20% increase in visitation to fast-casual restaurants, with 65% indicating high expectations of excellent service.

Millennials reported a 20% decrease in visits to fast food chains — nearly the same as Boomers — and a whopping 42% increase in fast-casual visits.

Millennials are the toughest to reach via traditional marketing, and the toughest group with whom to build loyalty, notes Passikoff.

Virtually all this group (89%) reported looking for fast, casual food that they deemed tastier, healthier and more customized than fast food.

Millennials also see fast-casual restaurants as offering better, more customizable options, and they’re willing to pay more for them, according to the survey. Even among Millennials, more mobile apps and outreach alone won't change how they see the brand, Passikoff says.

“Gen X is more pragmatic about their decisions about eating out, so they seem to be more vulnerable to value positioning,” Passikoff observes. But at the same time, they are more concerned with value for the dollar than straight price value, and they feel that fast casuals offer value that's equal to — or more often better than — that of fast food brands, he explains.

Fast service is important to nearly half of this cohort. But as QSRs' service has declined and fast casuals' has been honed with experience, QSRs no longer have a significant edge on this score, he confirms.

“The traditional fast food brands have tried to be all things to all customers and failed," Passikoff asserts. "Longer menus have just resulted in longer waits, and more significantly, a real dilution of the brand." Fast food brands "really do have to stand for something in the mind of the consumer — otherwise, loyalty for [these] brands is only going to move in one direction: down.”