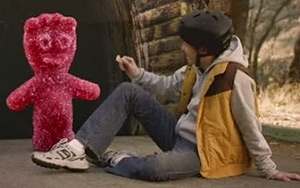 Mondelez International has signed a global online video agreement with Google as part of its strategy to invest more of its media spending in digital and in online video, in particular.

Mondelez said that it's committed to shifting 10% of its ad budgets to online video in 2014.

"We believe video will be a key growth driver for our brands, and programmatic buying will play an important role in accelerating that growth," stated Bonin Bough, Mondelez's VP of global media and consumer engagement, pointing out that 58% of consumers consume media on digital platforms on a daily basis.

"Online video is crucial for our brands as it enables us to achieve higher unduplicated reach and ROI," he said. "By shifting more of our spending to online video, we'll significantly increase our ROI and this will help fuel growth for our Power Brands." While Mondelez has been adjusting its media spending mix to reflect consumer behavior, there's still a gap, and the Google deal will help close that "digital divide," he said.

The worldwide Google deal, brokered by Starcom MediaVest, is Mondelez's largest in digital media so far, and covers developed markets in North America and Europe, as well as emerging markets in Eastern Europe, Latin America, the Middle East and Asia Pacific.

The deal represents "a cutting-edge approach to video that will make media buying, creative production, data and analytics work together in real time and at a fraction of the cost," Bough said.

Mondelez said that its Sour Patch Kids brand (brand character shown above in a video scene) is working with global youth media company Fullscreen to pilot "a new model of high-quality, low-cost video content" featuring digital stars, and evaluating the possibility of expanding this approach across brands and countries.

Mondelez's previous deals with digital giants have included one signed last September with Twitter. That deal was designed to enable real-time marketing through Twitter teams dedicated to Mondelez in the U.S., Brazil, India and the U.K. to collaborate with local marketers and leverage Twitter's analytics capabilities.