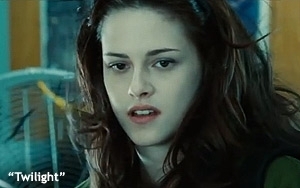 The "Twilight" saga lives! Sort of!

Lionsgate, Facebook, and Stephenie Meyer -- author of the immensely popular vampire-meets-girl franchise -- are launching a social media campaign to develop and produce a series of short "Twilight" spinoffs.

In partnership with the Women In Film organization and crowdsourcing platform Tongal, Lionsgate and Facebook are launching a contest to find five or more aspiring female filmmakers to direct shorts based on existing Twilight characters.

The campaign, “The Storytellers -- New Creative Voices of The Twilight Saga," launches this week. Then, if all goes according to plan, the films will premiere exclusively on Facebook sometime next year.

Winners will be chosen by an illustrious panel that includes Meyer, "Twilight" director Catherine Hardwicke, and "Twilight" leading lady Kristen Stewart, along with actors Kate Winslet and Octavia Spencer.

Each film's development and production process is expected to involve extensive fan engagement on Facebook and Tongal.

Once the films are produced -- the financing for which will come from production advances -- fans will then be encouraged to help select a grand prize-winning filmmaker who will receive a cash prize and career opportunities.

The company recently said it surpassed 1 billion video views per day, and now ranks only behind YouTube in terms of total video audience. (Stateside, Facebook attracted 103 million unique video viewers in July, compared to the 157 million racked up by Google’s video hub.)

While its active usership numbers remain strong, Facebook has also been battling the perception that younger users are defecting for newer, less mainstream social networks.  Without addressing its usership issues specifically, Facebook executives were clear that the chance to connect with the young "Twilight" fan base was key to the deal.

Lionsgate has been close to Facebook’s video strategy from the start. At about the same time, the social giant began testing video ads last December, streaming spots for “Divergent” -- another teen-targeted movie franchise from Lionsgate and Summit Entertainment -- began appearing in users’ News Feeds.

To date, the five films of "The Twilight Saga" -- the last of which debuted in 2012 -- have grossed more than $3.3 billion at the global box office. It’s no surprise -- Lionsgate executives said they were “delighted” to keep the franchise alive.

Digital video is expected to account for 15.9% of adults’ digital media time in 2014, but will get just 11.7% of digital ad dollars, according to a recent report from eMarketer. That said, ad spending on Facebook is outpacing the share of attention it commands daily in digital media, according to the research firm.