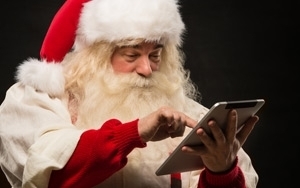 Consumers will spend more on consumer electronics this holiday season than they ever have before, according to the Consumer Electronics Association.

According to the industry group, total tech spending will increase 2.5% (up from 0.9% growth in 2013) to reach $33.76 billion during the 2014 holiday season. That’s the highest level of spending since the organization began tracking holiday spending in 1994. Among the reasons for the increase is a stronger economy than in recent years.

Highest on consumers’ holiday wish lists are tablets, computers, TVs, smartphones and video game consoles. Those devices are not coincidentally the products driving the majority (51%) of the CE industry’s total 2014 revenue, according to the CEA.

Just as they wish to receive CE gifts, nearly two-thirds (63%) of adults in the U.S. plan to give a technology-oriented gift this year as well, according to the CEA. Headphones and earbuds (27% and 26%, respectively) will likely be among the most popular gifts given, followed by tablets (26%), computers (25%), TVs (24%) and smartphones (23%).

Also popular this year will be categories that were too small to previously track such as fitness devices (10% of consumers plan to purchase one during the holiday season), smart devices for the home (9%) and smartwatches (8%).

“The appetite for tech is strong for the 2014 holiday season,” said Steve Koenig, the CEA’s director of industry analysis, in a statement. “Expect to see growing consumer awareness and interest in emerging tech categories, including health and fitness technology, as industry giants have entered the playing field. These products will make their first big splash this holiday season, setting up 2015 as a breakout year for emerging segments like smartwatches and smart home technologies.”

"Santa with a Tablet" photo from Shutterstock.