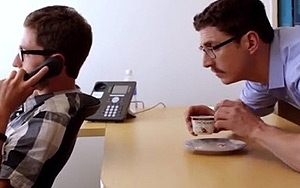 Chobani Greek Yogurt Oats is the latest of several product launches aimed at incrementally increasing consumption and sales not only for Chobani, but the Greek yogurt category as a whole, says Peter McGuinness, the company's chief marketing and brand officer.

The oats product line — a blend of Greek yogurt, steel-cut oats and fruit — follows other launches in recent months designed to create new eating occasions for Greek throughout the day.

These include Chobani Flip (yogurt with "side cars" of mix-ins, meant to be healthier alternatives to candy bars for afternoon snacks); Chobani Indulgent (yogurt flavors with dark chocolate chunks, meant to be healthier dessert alternatives to ice cream and other traditional goodies); and Chobani Whole Milk Multiserve (designed to replace sour cream for use in cooking and recipes).

Chobani also launched its first line for kids, and its first light line (Chobani 100) this year, as well as seasonal flavors of its regular line, including watermelon for the summer and pumpkin and apple cinnamon for this fall.

McGuinness contends that while Chobani's competitors are engaged in competing on price (a strategy that is counterproductive in the long term, he maintains) and doing "taste-off" advertising that "names names" (a clear reference to Yoplait Greek's marketing), Chobani is working to get Americans consuming more Greek.

Americans eat just 13 pounds of Greek yogurt in a year, on average, versus a robust 40 pounds in some European countries, McGuinness says. That's because Europeans "eat Greek yogurt all day long," he stresses.

In other words, while most other food categories would kill to have the remarkable growth rates that the Greek category continues to enjoy, Chobani believes that even greater growth is quite possible.

McGuinness says that Chobani has not lost share, and has actually gained share, according to the latest Nielsen numbers (although he declines to cite those because they have not yet been "officially" released), despite aggressive price promotions by competitors. Chobani is "competitive" in its pricing but "a bit more aspirationally priced" because of its "better quality," he asserts. (One dollar per container of Greek yogurt is a common promotional price in the category currently. Chobani does offer four-packs at $4, he reports.)

To support the launch of Chobani Greek Yogurt Oats — meant to take more share from the already declining cereal category and other choices like breakfast or health food bars, says McGuinness — the brand is running a campaign dubbed #StopSadBreakfast.

The premise of the creative — videos and stills from Droga5 — is that the new product is the antidote to the scourge of sad breakfasts afflicting Americans.

One series of videos being featured on YouTube, Facebook and Twitter shows a comedian doing “oats-terventions”: Surprising office workers by replacing their stale muffins, bruised bananas, "soggy cereal" and other drab breakfast items with cups of the Greek Yogurt Oats. (A still from one video is shown above.)

Another 15-second video uses a mock PSA approach to alert Americans to the sad breakfast phenomenon.

The brand is also distributing the content through its social media channels and digital buys, including a partnership with The Onion that launched this week and runs through the end of October. That partnership also includes print and social media.

In addition, Chobani is running sampling events in New York City this week. A pop-up shop in Grand Central Terminal, with appearances by professional chef and reality TV star Lauren “Lo” Bosworth, will be open for three days (through Oct. 9). Samples are also being handed out near Bryant Park (Sixth Avenue, between 41st and 42nd streets).

Consumers anywhere in the country can obtain free samples by sharing photos of their "sad breakfasts," tagged #StopSadBreakfast.

Other campaign elements include workplace "takeovers" in cities including Houston, Atlanta, Chicago and Minneapolis, in which Chobani will replace the contents of office refrigerators with cups of the Greek Yogurt Oats; and "cho-ffeur" pedicabs (designed to look like cups of Chobani Oats) that will take commuters in Chicago, Washington, D.C. and Boston on surprise breakfast rides featuring samples of the new product.

Chobani's marketing stresses that the Greek Oats, which come in four flavors (apple cinnamon, banana maple, blueberry and cranberry) are high in protein (10 grams), whole grain (8 grams) and fiber (3 grams), and that the oats are gluten-free.

McGuinness emphasizes that Chobani is realizing share and sales gains not just through line launches that expand consumption occasions, but through innovations in the core product line.

A prime example, he says, is the new Limited Batch Pumpkin Spice Greek Chobani that's currently in the marketplace. The brand launched it at retail this year after it proved exceptionally popular when it was served in Chobani's cafe in Manhattan's Soho district last year, according to McGuinness.

In a matter of a few weeks, the pumpkin variety has become the brand's fastest-growing SKU in history, he says, adding that sample supplies ran out within the first two hours of a promotion in New York City on October 1. Chobani partnered with the Lyft app car service to deliver samples of the pumpkin flavor to residents who requested deliveries to their homes or offices by using a "Chobani mode" on the app and entering the code “FALLFORCHOBANI.”

The pumpkin flavor, and other seasonal flavors, may be brought back next year, or even eventually made year-round offerings, if their volumes prove sufficient, McGuinness says.