For JetBlue, T-Mobile And Bank Of America, Growth Means Redefining The Reviled 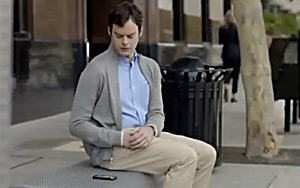 This year's Association of National Advertisers’ Masters of Marketing conference in Orlando has been about growth. For a few represented brands, however, it has also been a story of growth as a struggle against categories defined by consumer resentment. For two, it has been a bit of a phoenix narrative, as they have risen from a doom trajectory.

Companies like JetBlue, Bank of America and T-Mobile have had to radically change their brands, processes and communications to get some respect and — dare one say it — affection. And they have also had to change perception of the very categories in which they participate. Talk about carrying luggage.

For Marty St. George, CMO of JetBlue Airways, the vision was simple: bring humanity back to much-reviled air travel. St. George lifted the wheels on his presentation with a chart showing just how deep consumers’ resentment of airlines went. Ahead of airlines in the affection rankings was health insurance, tobacco, and the phone business. And it is a commoditized business, he noted, with exactly three drivers: price, schedule and frequent flyer miles. That's a real hole to crawl out of.

St. George detailed how the airline became a real, loved brand. It involved a common sense approach not just to competitive pricing but to the experience of flying: legroom, actual food you want to eat, entertainment technology in every seat, terminal amenities. And, of course, the one-free-bag check.

St. George also detailed how the company was willing to try crazy attention-grabbing programs like $4 flights between Long Beach Airport and John Wayne in Orange Country during the 405 “carmageddon” in 2011; and the now-famous "Live Free or Fly" promotion where the company offered one-way flights to anyone who had decided after the 2012 presidential election to get the hell out of Dodge.

The wireless carrier business is about as loved as the above kind of carrier category. And like JetBlue, T-Mobile redefined the business by thinking about what customers want instead of what the company wants or what the company thinks the consumer should want. That led to an iterative series of "un-carrier" programs, noted T-Mobile U.S.A.'s EVP and CMO, Mike Sievert, in his presentation.

"What we have been about is giving voice to frustrations and bringing about real change," he said, adding that in 2012 T-Mobile was the fastest sinker in the industry. "The biggest decline the industry has ever seen." Now it is America's fastest-growing wireless company. "When [CEO] John Legere came in in September 2012, we got every one of the employees enrolled in the idea that we are relaunching."

Sievert said he company's approach was centered on asking customers what they need and want — not the most astonishing idea, but nearly revolutionary for the wireless carrier business. "We figured out what drives choice. People are driven to insanity by being tied down for two years, getting bill shock, overages, being told you can't upgrade."

The company has made eight major changes in 18 months, starting with the first-ever phone upgrade program addressing the fact that it is new customers, not loyal customers, who get first dibs on the latest phone. The company launched a campaign featuring actor Bill Hader, who co-wrote some of the content.

Another un-carrier move was contract freedom, where T-Mobile will buy out a prospective customer's contract, and later an offer to buy out the essentially forever family contract (forever because the expirations are usually staggered).

Sievert said that since starting on the un-carrier movement 18 months ago, the company has gotten 22.5 million now customers and has, in last five quarters, grown faster than any brand. "In August, we had the biggest month in the history of the company." Then he corrected himself: September is now the biggest month for T-Mobile.

Bank of America's troubles need no introduction, and the first thing that Anne Finucane, global chief strategy and marketing officer for the bank said when she took the stage was, in so many words, that T-Mobile has nothing on the financial services business.

Especially, the BoA business, which in 2008 involved the ill-advised and ill-fated acquisition of mortgage nightmare Countrywide and its subprime barrel of snakes. Bank of America, seeing the celestial light at the end of the tunnel of doom, brought in Brian Moynihan as the new CEO in 2009. And he put together a new management team. Finucane recalled how the first change was focusing on the core business. Then came the process of demonstrating value to constituencies, multinationals, elected officials in various countries, stakeholders and employees.

Like JetBlue and T-Mobile, the solution lay in fixing the broken value proposition. "We needed to demonstrate that we were connected to the real economy, and that we were a better company. We created a company purpose and that became the anchor." The driving purpose was to help make customers' financial lives better through the power of every connection the bank had with them.

Another big part of the brand reinvention was around cause marketing, such as a program with U2 that gave people a free download of a new song off a not-yet-released album. For every download, BoA gave a dollar to an AIDS drug-delivery program.

"We had to think about every decision we could make with every decision leading us to deliver on things customers care about, like simplified products, overdraft prevention, the best mobile app, making it easier to do business."