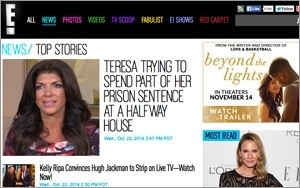 If you think some topics receive way too much attention in news coverage, you’re not alone. Per a new online survey of 2,537 adults conducted by the Harris Poll in August, a large proportion of Americans are fed up with news coverage that skews toward the sensational, superficial, and sports-centric.

The Harris Poll found that 76% of U.S. adults surveyed believe that celebrity gossip and scandal stories receive too much coverage, while 49% believe that entertainment news in general gets too much attention. Meanwhile, 44% believe that the news focuses too much on professional spectator sports, and 33% believe the same for politics and elections.

Harris found there is some variation across generations when it comes to attitudes toward news, although there is still broad agreement on some basic trends. Thus, 88% of older Americans believe celebrity gossip receives too much coverage, sliding to 79% of baby boomers, 76% of Gen Xers, and 68% of millennials.

On the other hand, 59% of older Americans believe that government corruption receives too little coverage, compared to 41% for Baby Boomers, 39% of Gen Xers, and 41% of millennials. Millennials are more likely to believe international issues receive too little coverage.

Americans seem to be fairly skeptical about the reliability of news media, with only a relatively small proportion of respondents saying they have “a lot of trust” in various news sources, although a larger share expressed some amount of trust.

Online news ranked lowest in terms of trust, although sites associated with long-established news media have somewhat more credibility. For online news sites tied to traditional outlets, 17% expressed a great deal of trust, 50% some trust, and 26% little or no trust. For pure online-only news sites, the proportions were 11%, 50%, and 32%.