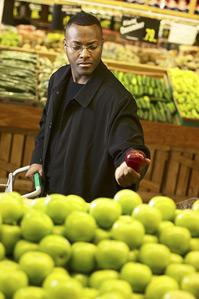 People who are committed to healthful eating and lifestyles are well-informed about ingredients and food labels, and hard to sway with label claims. Yet they don't fully appreciate the health benefits of frozen fruit and vegetables.

Those are a few insights from a new report from Dunnhumby that analyzes the value and behaviors of "health-committed" consumers — those who devote more than 70% of their grocery purchasing to healthy products.

Dunnhumby, which has behavioral and attitudinal data on more than 660 million consumers worldwide, studied behavior across 18 countries in North and South America, Western and Central Europe and Asia, and augmented the data with a survey on health risk factors as reported by the World Health Organization.

25% of Global Consumers Are Health-Committed

Dunnhumby reports that improvements in economic conditions and increased concerns around health — 70% of consumers globally believe that they are less healthy than previous generations— have led to a 38% increase in the number of health-committed consumers since 2009. In fact, about 25% of consumers globally  are now committed to health, the study found.

Importantly, these consumers are 24% more valuable than the average customer. They tend to be more affluent (a trend consistently reflected in the data for all countries studied by Dunnhumby); they spend more; and they shop more frequently than low health-committed consumers. At the same time, health-committed consumers are willing to spend more on healthier products regardless of affluence.

These purchase behaviors make them more valuable to brands and retailers than more affluent consumers who may have less of a health commitment, according to the researchers.

Furthermore, while these consumers take responsibility for their own health, nearly two-thirds (62%) want guidance from food brands on health and wellness, and 53% say they believe a retailer can have a significant role in supporting their commitment to health. In comparison, just 37% say they look to their governments for guidance.

The overriding conclusion is that for food brands and retailers, focusing on health should be recognized as a good business strategy, not just a corporate social responsibility issue. "The higher priority given to health and wellness by consumers around the world represents a remarkable opportunity for brands, especially considering the significantly higher value that health-committed consumers represent,” summed up Julian Highley, global director of customer knowledge for Dunnhumby.

Opportunities for brands also lie in recognizing the importance of offering healthy solutions. One-third of all health-committed consumers globally say that there are major barriers to them leading a healthy lifestyle. The cost of healthful foods is cited by 70% as the biggest barrier, and 80% say that cost-reducing promotions on healthy products are key to changing their bad eating habits.

Supporting those who maintain that the U.S. should more clearly define how the "natural" claim can be used on food and beverages, the study found that, regardless of their health commitment levels, consumers make a strong association between "natural" and "healthy." Furthermore, the association is particularly strong among the most health-committed.

The study also confirmed that consumers, including the health-committed, perceive frozen fruit and vegetables as less healthy than fresh. That, of course, is not news to the frozen food industry, which in response to declining category sales earlier this year launched a three-year, $90-million campaign to change that perception.

The report also stresses the opportunities in food and beverage trends driven by health-consciousness, noting, for example, that the coconut craze has also spawned demand for coconut oil and coconut sugar.

The U.S. has the largest number of health-committed consumers within the study.

However, based on factors including obesity (31% of Americans), high blood pressure (16%), diabetes (11%), smoking (29%) and annual consumption of pure alcohol per year, the U.S. is the sixth least healthy country among those studied, below only South Africa, Czech, Turkey, Slovakia and Hungary.

Some of the key U.S. trends identified:

"Getting back to basics" -- eschewing processed products (including those with GMOs) in favor of "natural" ones -- accounts for 43% of the growth in healthier food/beverages.

The full " Healthy, Wealthy & Wise" report can be downloaded free on Dunnhumby's site.