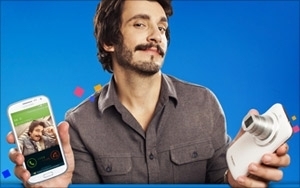 Samsung and two local telecom providers generate more word-of-mouth in Brazil and Colombia than Apple, Nike and, in the case of Colombia, Coca-Cola.

According to a study from market research firm Keller Fay Group, Samsung is the most-discussed brand in both Colombia and Brazil, while local telecom providers Claro (in Colombia) and Tim (Brazil) were the second and third most-discussed brands, respectively. The high rankings of those companies — as well as top 10 rankings of telecom companies Vivo and Oi (Brazil) and Claro and Movistar (Colombia) — underscores the role technology and telecommunications plays in modern life, and the consideration people put behind those purchases, says Ed Keller, CEO of Keller Fay Group.

“When we look at brands that have a lot of momentum, there’s quite a few technology brands that seem to be capturing people’s attention,” Keller tells Marketing Daily.

The Latin America study, which follows similar research in the U.S. and U.K., finds that face-to-face conversations are more prevalent than other forms of dialogue when talking about brands. Three-quarters of brand-related word-of-mouth in both Brazil and Colombia happen face-to-face, while another 10% happen over the phone. Online conversation, which includes texting, social media and email, accounted for only 14% of brand-related conversation in Brazil and 12% in Colombia. Significantly, about half of the consumers in both countries said their purchase decisions would be based on those conversations.

The research also showed that advertising was a key driver of conversation, with 42% of Brazilians and 54% of Colombians indicating their conversations referenced advertising. Comparatively, only about a quarter (26%) of brand talk in the U.S. references ads.

“[The findings] don’t mean social media is insignificant, but word-of-mouth is offline communications as well,” Keller says. “You need to have word-of-mouth as a key pieces of your marketing strategy. Everything from campaign management to media strategy should be thinking about how can we drive this word-of-mouth.”

The drivers of word-of-mouth conversations in these two markets can be a key indicator about how brands may want to deploy their advertising when trying to reach the U.S. Hispanics, particularly those who have roots in Brazil or Colombia, Keller says.

“We have heard anecdotally that word-of-mouth is particularly important to Latin Americans, and now there is solid research that confirms exactly how significant [it] really is in these two Latin American markets,” Keller says. “What we can see is that it has a lot to do with Latin American heritage.”

Based on more than 2,600 online interviews with adults in each country over the summer, the top 10 most talked about brands in Brazil were (in order): Samsung, Coca-Cola, Tim, Vivo, Apple, Nike, Oi, Skol, McDonald’s, and Natura. In Colombia, the most-discussed brands were: Samsung, Claro, Coca-Cola, Adidas, Bancocolombia, Avianca, Movistar, LG, Sony and Nike.