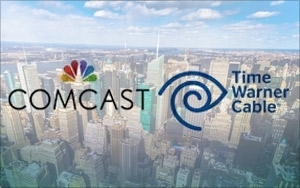 “With greater market share, Comcast will have increased power over the distribution of content,” de Blasio said last week in a letter to FCC Chairman Tom Wheeler. “This power may be exercised, for example, through 'paid prioritization' agreements allowing the company to expedite online content produced by providers who are willing to pay additional fees.”

The merger would vastly extend Comcast's broadband footprint, leaving the company as the only option for broadband greater than 10 Mbps -- the FCC's proposed new standard -- in many U.S. homes.

The mayor says in his letter that concerns about Net neutrality "are as important to those who have constructed entire business models around a free and open Internet as they are to New Yorkers who are only able to access the web for limited periods at local public libraries or school computer labs.”

Earlier this year, the FCC proposed Net neutrality rules that would allow broadband providers to enter into paid prioritization deals, which would involve charging content companies extra fees for faster delivery. That proposal spurred a record-breaking 3.9 million comments, many of which voiced opposition to the plan. Late last week, The Wall Street Journal reported that the FCC is now considering new Net neutrality regulations that would make it more difficult -- although still possible -- for broadband providers to forge paid prioritization deals.

De Blasio also says that tech companies have questions about whether how the merger will affect their access to affordable broadband. “Tech sector leaders have raised questions ... about the impact of the contemplated merger on business service prices and the effect of potential rate increases on operating costs,” he writes.

New York's mayor adds that tech leaders are concerned that Comcast's increased market power will leave the company with less of an incentive to address customers' complaints, including ones about “discrepancies between promised and delivered bandwidth.”

“This is alarming given both Comcast’s and Time Warner Cable’s already poor customer satisfaction ratings,” he writes.

Last month, the FCC said it would delay its review of Comcast's proposed $45 billion merger with Time Warner Cable -- which, if approved, would greatly increase Comcast's broadband footprint. The agency said it suspended the informal 180-day countdown clocks because nine content companies -- including CBS, Fox, Time Warner and Disney -- refused to disclose key information about their deals with cable providers. That data was requested by some commenters -- including Dish Network, RCN and Writers Guild of America, West.