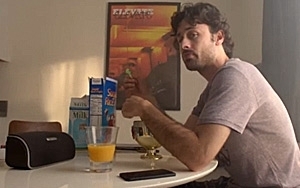 The Internet-connected wireless speaker category, which has been dominated by the Sonos brand, is about to become a bit more crowded.

“This is a big moment for us,” Blair Tripodi, chief marketing officer of Sound United, tells Marketing Daily. “We identified this as a major growth area, as have many companies. This is a category that is dominated by one company.”

Both campaigns showcase Sound United’s dedication to sound, but with different approaches. For the more accessible Polk brand, the campaign uses the idea of personalized music festivals. In one spot, the brand presents “Jim's Jams,” which is happening “seven days a week, all year round,” in four rooms of his house. The shows Jim rising from bed, brushing his teeth and lounging on the couch, all while listening to “an eclectic, electric barrage of mad beats, world hits and musical treats.” Other spots depict “LisaFest” — which includes music selections such as progressive rock, hardcore hip hop, Norwegian death metal and “all show tunes all the time” all throughout her house — and smooth-jazz oriented (with one area designated for heavy metal in a teenager’s room) “Wilson’s Summer Festival.”

“This is about how you can turn your home into a music festival,” Tripodi says. “That is the beauty of wireless systems, because you can control your device from your tablet for phone.”

For the higher-end Definitive Technology, the company brings to life the brand’s “What obsession sounds like” positioning by leveraging its partnership with singer and songwriter John Legend. In the spot, a man is showing off the sound system to his friend. When he cues it up, Legend appears in the living room singing. As the men move to different rooms in the house, Legend appears singing different tunes. “It’s a bit more of a whimsical play,” intended to reach audiophiles, Tripodi says.

Both campaigns will included digital video (running on sites that would appeal to music enthusiasts such as RollingStone.com and other channels), as well as print ads and digital radio. Polk’s campaign will also include wild postings in eight markets: New York, Los Angeles, Chicago, San Francisco, Dallas/Ft. Worth, Boston, Philadelphia, and Atlanta, Tripodi says. The campaigns were created by Dojo in San Francisco.