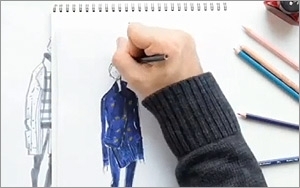 Amid a general slowdown of apparel sales, Gap says its fall results have been disappointing, especially at its flagship. But it continues to experiment with its marketing approach, signing its Banana Republic unit up for some of the first video ads on Instagram.

The San Francisco-based retailer says that its October sales slipped to $1.26 billion, compared with $1.29 billion last year. And for the third quarter of its fiscal year, sales decreased to $3.97 billion, from $3.98 billion in the same period last year. “While we were disappointed in our October sales results, particularly at Gap, we look forward to presenting our improved product collections for the holiday season across all our brands," says Glenn Murphy, its chairman and CEO, in its release.

On a comparable-store basis, overall sales fell 3% in October, with sales at the Gap dropping 7%, Banana Republic falling 2%, and its Old Navy unit remaining flat.

Noting that this is the third straight quarter of declines at the flagship brand, the core Gap “continues to struggle as it works through assortment miscues and a competitive pricing environment,” writes analyst Ike Boruchow, who follows the company for SterneAgee. “The new fall product has not resonated with consumers, primarily on the women's side of the business (generally too dark, with weakness in denim),” says, adding that it is still too early to tell if new colors will pep up sales for the holidays.

In addition to its holiday ad campaign, the “Dress Normal” spots filmed by Sofia Coppola, the company says its Banana Republic is an Instagram pioneer, and the first and only retailer so far to use video ads on the social channel. The company says the 15-second autoplay spots appeal to its fans’ fondness for behind-the-scenes information, “and this is just another way we can invite them into our creative hub,” writes Amy Gilmer, senior manager of global social media at Banana Republic, on its blog. The video powers through design sketches in fast-motion, using Hyperlapse, Instagram’s first standalone app.