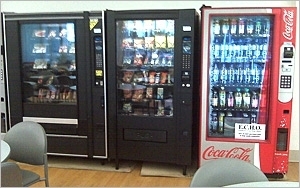 Search engine optimization professionals need to start thinking about how search technology will navigate devices linked into the Internet of Things. It's not easy when for the past 20 years professionals have focused solely on pages and advertising serving up on engines and Web sites. The future of search resides in automatic identification through beacons, sensors, global positioning systems and other types of technology that push information rather than pull.

Affinnova evaluated 4 million product concepts to analyze consumer perceptions for the future of "smart devices." The study identifies the promises that consumers see in the Internet of Things (IoT). Some view it as more revolutionary than the smartphone, while others fear the loss of control to automated devices. Some 41% fear that smart products could take actions that they, as individuals, would not have chosen to make on their own.

Consumers want smart functions, but many believe these features will increase the price of the device. About 58% of consumers participating in Affinnova survey say they will not upgrade to smart products unless the product offers real value, with 41% thinking the majority of smart products they have seen or heard about so far have been gimmicky. Some 53% of consumers expressed interest in the ability to access or control objects remotely. About 42% want devices that learn and become smarter over time based on what they predict the user wants, and 37% want the ability to send alerts to a mobile phone when specific event has occurred.

When asked about a range of potential benefits that have been made possible by the IoT, the top-ranking perk cited by 65% of consumers was saving money, which beat out convenience, saving time, safety, health, eco-benefits and more. Women in particular were significantly more interested than men in technologies that could help them save money, as were people ages 35 and older compared with those ages 18 to 34. A top-performing concept for a smart faucet monitors water use and total spend for all connected faucets and shower heads throughout the home.

Affinnova's study also finds that personalization needs work. Consumers were more interested in a scale that learns the year's habits, strengthens weaknesses over time and continually updates the user about nutrition tips and fitness plans based on data and behavior. Less interesting was a scale that recommends diet and fitness tips based on body weight and pre-set goals.

The biggest fears point to privacy and security. Consumers are worried about privacy and security issues compared with any other potential issues brought on by IoT. Some 53% expressed concern that companies will share their data without their knowledge or approval, and 51% have concerns that someone will hack into the system and steal their data.

Women worry more than men about privacy and security issues.

Search will continue to evolve as a result of consumer behavior. Local-based services and searchable content play an important part in the change. Think about it: The first Google index in 1998 had 26 million pages, and by 2000 the Google index reached the one billion. A report in 2013 put that number at 30 trillion pages, which is now 100 million gigabytes. Google, Yahoo, Microsoft, Facebook and other companies moved from operating on IPv4 to IPv6 -- in part to open more Internet Protocol addresses allowing more devices to connect to the Internet.

IoT will redefine search marketing. Join us at the MediaPost Search Insider Summit to explore the possibilities with some of the brightest minds in the industry.