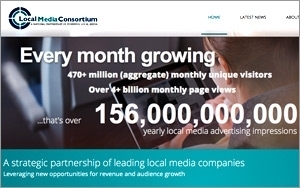 DistroScale's native content marketplace connects brand marketers with native marketing content to publishers that want to carry native ads, and is compatible with channels including the Web, mobile Web, and apps, on a full range of devices. Publishers can create their own rules for how they carry native ads, giving them control over content and presentation.

The system supports a number of different campaign types --  including branding, performance-based and direct-response -- and also allows publishers to host the entire native experience within their own properties, rather than sending them to external sites, in order to retain their audiences.

McClatchy Vice President for Interactive Media Christian A. Hendricks, who also serves as chair of the Local Media Consortium's executive committee, stated: “The DistroScale platform is a powerful tool for our local media companies, many of whom are already working on providing local and national brands with dynamic content marketing opportunities.”

This is just the latest in a series of strategic digital partnerships for the LMC. Earlier this year, it tapped Google to create a private programmatic exchange powered by Google’s DoubleClick Ad Exchange technology. The deal also gives LMC members access to DoubleClick for Publishers, Google’s ad management platform; they can also use AdSense to run ads on their sites and search results.

Also this year, the LMC entered into a deal with Tout, giving LMC affiliates access to syndicated online video from the latter’s Programmatic Video Content Exchange, allowing them to automatically identify, match and insert relevant video content with their own articles, based on a variety of criteria. The video is syndicated from news, sports and entertainment media brands, including The Wall Street Journal, People Magazine, Fox Sports, Sports Illustrated, among others.