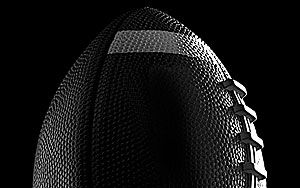 NFL’s off-field issues should have a creative effect on Super Bowl advertising next February.

Almost two-thirds of U.S. citizens (62%) and advertising executives (65%) believe that recent domestic violence issues will affect Super Bowl advertising, per a study by the American Association of Advertising Agencies (4As) and IPSOS OTX.

Still, three parallel studies commissioned by the 4As (one among consumers by IPSOS OTX and two among 4As members through Qualtrics.com) fielded in October 2014 found that enthusiasm for the Super Bowl and its advertising remains high.

Despite the recent domestic violence headlines, 67% of the general population and 82% of ad executives believe people should enjoy the Super Bowl the same way now as they would any other year, the findings note.

One-third of Americans rank Super Bowl ads as one of their top associations with football, while partying/socializing rank as the main driver for Super Bowl viewing for 36% of the general population and 63% of 4As members.

The IPSOS OTX study was of a random and representative sample fielded to 1,005 Americans; the 4As fielded the same questions through Qualtrics.com of 408 4As members. The 4As also fielded a separate quantitative/qualitative survey through Qualtrics.com to a sample of 119 4A's executives. Havas PR aided in the analysis of the survey.