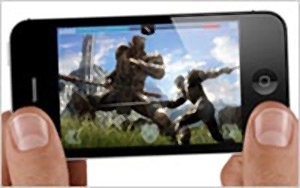 Online video distributor Aereo, which suspended operations shortly after its Supreme Court defeat in June, said on Friday that it filed for bankruptcy.

CEO Chet Kanojia says in a post on the company's site that the move “will permit Aereo to maximize the value of its business and assets without the extensive cost and distraction of defending drawn out litigation in several courts.”

The step comes two weeks after Aereo laid off most of its staff and closed its Boston office.

The Barry Diller-backed start-up launched in New York two years ago and expanded to 12 cities before ceasing operations in June, three days after the Supreme Court ruled that the service infringed broadcasters' copyrights. Even after suspending service, Aereo continued to incur costs of around $1 million a month, Kanojia said in court papers filed this summer.

Aereo allowed subscribers to stream over-the-air programs to smartphones, tablets and other devices in real-time. The company also offered a DVR-like service that allowed users to “record” a show for later viewing.

Shortly after Aereo launched, a coalition of TV broadcasters sued the company for allegedly infringing copyright by retransmitting programs without licenses. A trial judge and appellate panel in New York initially sided with Aereo and refused to enjoin the company from operating.

But the Supreme Court ruled in June that Aereo's real-time streams infringed broadcasters' right to publicly perform shows. That court didn't rule on the legality of Aereo's time-shifting and device-shifting DVR-like service.

After the ruling came out, Aereo unsuccessfully applied for a cable license from the U.S. Copyright Office. The company also met with Federal Communications Commission officials in hopes of persuading the agency to redefine “multichannel video programming distributor” to include Web-only companies. The FCC recently said it would consider doing so.

Last month, U.S. District Court Judge Alison Nathan in New York granted the broadcasters an injunction prohibiting Aereo from streaming programs while they were being broadcast.

Nathan previously ordered Aereo and the broadcasters to submit a new round of legal papers by next February. But now that Aereo has filed for bankruptcy, the copyright battle with the broadcasters likely will be delayed.