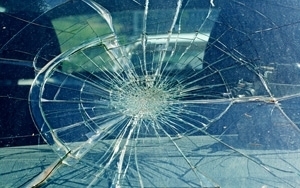 The European Parliament is working on a proposal that could force Google to unbundle search engine services from other commercial services like Gmail and Google Docs or YouTube, as a potential solution to the company's online dominance.

The document, seen by the Financial Times, has the backing of the parliament's European People's Party, and Socialists. The news agency calls it unusual for the Parliament vote to single out a major U.S. company, but it reflects "how Germany's politicians have turned against Google this year." This group of politicians dominate the legislature, and German corporate champions, from media groups to telecoms, are among the most vocal of Google’s critics.

The report follows criticism of Google's search antitrust settlement with the EU. The Financial Timesnotes that the European parliament has no formal power to split up companies, but has increasing influence on the commission that initiates EU legislation. "The commission has been investigating concerns over Google’s dominance of online search for five years, with critics arguing the company's search engine query rankings favor its own services," per the news organization. A Thursday vote follows a final draft expected next week.

The Financial Times cites Andreas Schwab, a German MEP and one of the motion's backers, as saying: "Unbundling cannot be excluded" as an option.

Microsoft endured similar scrutiny during its early to more mature days as it built a variety of services to offset declining season revenue and dominance in the Windows operating system.