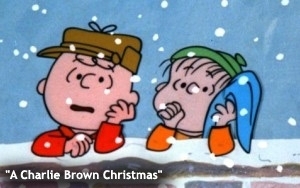 At the onset of the 2011 holiday season, one of the producers of “A Charlie Brown Christmas” -- Lee Mendelson, now 81 -- told me in an interview how CBS’s negative reaction to this beloved show almost sank his and Charles Schulz’ hopes for more “Charlie Brown” specials. Then the ratings came in and the rest was TV history. This story, like the show itself, is a perennial classic. Here’s the story again, as another holiday season gets underway.

It went on to become the most popular and beloved of all of TV’s Christmas specials, but when CBS executives first laid eyes on “A Charlie Brown Christmas” in 1965, they didn’t care for it.

“They just didn’t like the show when I brought it to them,” recalled one of the show’s producers, Lee Mendelson, in a phone interview from California. Mendelson was executive producer of the special, along with “Peanuts” creator Charles Schulz, who died in 2000, and the late Bill Melendez.

“They just didn’t, for whatever reason, like the show,” he said. “The first thing they said was: ‘Well, it’s going to go on next week.  There’s nothing we can do about it,’ but I remember them saying it will probably be the first and last Charlie Brown show. ... They thought it was too slow, they didn’t like the jazz music so much on a Christmas show -- in other words, these were all creative things that they didn’t like.”

In fact, Mendelson and Melendez thought they’d “missed the boat” too. It was their first network special with Schulz and his “Peanuts” characters and it was shaping up to be their last. “When we finished the show, Bill and I were very discouraged,” Mendelson said. “In fact, Bill thought we had really missed the boat [and] I remember one of the animators stood up in the back and said: "You guys are crazy. This is gonna run for a hundred years!’ We thought he was crazy."

Mendelson also shed some light on a popular misconception about “A Charlie Brown Christmas” -- namely, that the CBS execs objected to the special’s Christian content. “They had no problem with the [show’s] religious aspects,” Mendelson said.

In the show’s famous “biblical verse” scene -- unique in the annals of holiday TV specials -- an anguished Charlie Brown vents his frustration over the commercialism that has overtaken the holiday. “Isn’t there anyone who knows what Christmas is all about?” he asks.

Linus then strides to center stage and asks that the lights be dimmed. He then recites the Bible passage -- from the gospel according to Luke, verses 8-14. “And there were in the same country shepherds abiding in the field, keeping watch over their flock by night,” he says.  “And, lo, the angel of the Lord came upon them . . .  And the angel said unto them, Fear not: for, behold, I bring you tidings of great joy, which shall be to all people. For unto you is born this day in the city of David a Savior, which is Christ the Lord.  . . . ”

If anyone had reservations about the Bible verses, it was Mendelson and Melendez, but not Schulz because it was Schulz’s idea.  Recalled Mendelson: “I remember when we were drawing up the show, Schulz said: ‘We’re going to have [Linus] read from the Bible.’  And Bill and I looked at each other and Bill said: ‘You know, I don’t think animated characters have probably ever read from the Bible.’  And I remember Schulz’s response. He said: ‘Bill, if we don’t do it, who will?’ ”

Despite everyone’s reservations about the special, it was a smash -- watched by about half the country on Dec. 9, 1965. Among other things, the jazz music by the Vince Guaraldi Trio that the CBS execs disliked became world famous. And it was far from the last Peanuts special produced by the triumvurate of Schulz, Mendelson and Melendez. They made dozens of others in a collaboration that lasted about 30 years.

This year, “A Charlie Brown Christmas” will air on network TV for its 50th consecutive holiday season.  It is scheduled to be seen twice next month on ABC – first next Tuesday night (Dec. 2) at 8:30/7:30c, and a second time on Tuesday, Dec. 16.