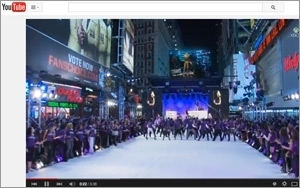 Buried in a list of consensus estimates and potential growth drivers from video at major digital advertising companies, Macquarie Securities analyst Ben Schachter says Facebook is likely to introduce a competitor to YouTube.

Although the timing seems uncertain, Schachter writes: "we are convinced that Facebook will launch a competitor to YouTube and will attract and organize more and more user-generated video content," and it's possible they will attract or buy professional content too.

The report details how video advertising dollars will become the next major opportunity for Google, Facebook, Amazon, Yahoo, AOL and Twitter.

The analyst report focuses on whether digital online advertising can grow without television dollars. Schachter explains how the top 12 public online ad-focused companies already make up more than two-thirds of the digital ad market, and consensus estimates expect that to rise to more than 85% by 2018, excluding China.

Of this total, Facebook and Google comprise between 60% and 75% of the total worldwide digital ad forecast. The report points to mobile, video and social formats as the main industry growth drivers. TV and desktop Internet will continue to grow at average rates, while radio and print will continue to decline.

"We believe [Facebook and Google] will continue to take more share as they focus on the TV ad market in a more concentrated way through premium video ad units and broad brand-based campaigns," Schachter writes. "We also would not be surprised to see a potential YouTube competitor from [Facebook], a focused repository for uploading and storing user-created content."