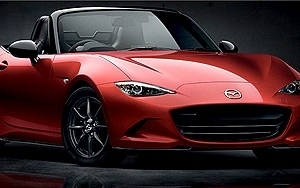 Mazda’s U.S. sales are up around 7.7% so far this year, with especially strong increases for the Mazda6 mid-size sedan and CX-5 crossover. The forthcoming MX-5 Miata has gotten big attention, though. The automaker, which is also bringing the U.S. a compact SUV, the CX-3, and small car, is marketing the Miata via a partnership and product integration with Xbox's Forza Horizon 2 game tied to sponsorship of SXSW next year. Russell Wager, Mazda’s VP marketing for its North American operations, talks virtual and real branding activity with Marketing Daily.

Q: What does the Xbox Forza Horizon integration do for Mazda?

A: Obviously with our 2% market share we want to do things that make us look bigger than we are. Yes, we have been showing the new MX-5 since September at Monterrey, Calif., and now at the auto show circuit in shows like L.A. then Paris, but nobody has been able to drive the car yet. With Forza, people will be able to drive it before it goes on sale, which they can’t do in the real world. And it builds awareness.

Q: I know that automakers use virtual driving opportunities as a proxy for the real thing, but it’s obviously not the real thing.

A: Yes, but a lot of our racers, actual racers, use a lot of different interactive ‘games’ to drive on race tracks; these cars are so done to spec, they are as real as you can get. So it does give you the experience. If you were planning to take the Miata to Mazda raceway at Laguna Seca in Monterrey, but had never been there before, but had driven it in the interactive world, you'll be a lot better for it.

A: We do get some of that. We look at what colors they are picking, what transmissions and what options and accessories they putting onto it. It gives us a mini research group. And most of the time it confirms what we already knew.

Q: How is the game integration giving you broad reach?

A: A lot of people still have the idea that people who play (digital games) are only under 25. That's not the case, partly because Xbox today automatically doubles those numbers; it connects your DVD players, internet connections, and other gaming connections all at one time.

A: In the last two years, we have gone from almost 220,000 retail to another maybe 60,000 more. With [higher] retail sales you have to have conquest, so we are definitely in a conquest mode as we're growing.

Q: Where are they coming from?

A: Before, we'd get them from VW, a little from Mitsubishi. But now you can pretty much name any of the import competitors, and we are getting a greater share from each of them. We are starting to get even some stronger share from domestics.

Q: And an element of the Forza integration is a promotional trip for two finalists to SXSW. This is your second year at SXSW ...

A: Last year we dipped our toe in the water around a partnership with Fader. We got the responses we looked for, especially engagement with the right consumer. And it wasn't just about the car display, but about content creation and people sharing stories with their social networks; it was everything we wanted to get.

Q: This year, you're the official auto sponsor. How come?

A: It's our first year as official sponsor. This year we decided to take it to the next level and sponsor the entire SXSW, all three weeks of it. It's a big thing for us but, we know it's something that our target will be at, and they will be very interested in whatever comes out of during those three weeks.