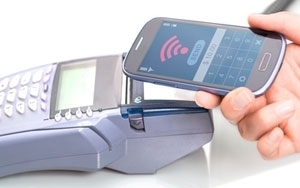 Whatever the reason — unfamiliarity with the protections already in place, high-publicity security breaches, or some other factor — consumers are still wary of the measures retailers have in place to protect their personal information.

According to a survey of more than 6,000 online consumers, Bizrate Insights (a division of Connexity, formerly Shopzilla) found that 76% of online buyers were dissatisfied with the strength of credit card and personal information among retailers.

“That was much higher than I expected it to be,” Hayley Silver, vice president of Bizrate Insights, tells Marketing Daily. “But I do think the silver lining is that through it all you’re protected.”

Among institutions, consumers overwhelmingly identified their own banks as the most trusted with their credit card and personally identifiable information. Among all consumers, nearly three-quarters (72%) said they trusted banks or credit unions. The next most-trusted institution was Paypal, which was trusted by fewer than half of consumers.

“From a bank’s perspective, marketing helps them enormously,” Silver says. “For everyone to know — regardless of their third party [info] out there — that their bank is protecting them is huge.”

“With greater than 50% trust from the younger generations, [this] could be a major opportunity that deserves more investigation among [Paypal’s] customer base,” Silver says. “With low barriers to usage and such high levels of trust, PayPal could make a strong case to add a wallet-less payment option to its arsenal.”

There is also an opportunity for retailers to tell their own security stories, such as highlighting the proactive steps they’re taking to protect consumers and/or looking into emerging payment systems (like ApplePay, which thanks to its brand halo, has a high level of trust), Silver says.

“If a retailer has its own private-label card, this might be an opportunity to push that card and its security,” she says.