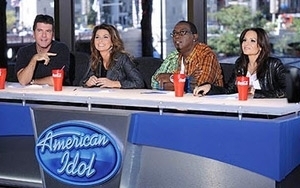 After 13 years, Coca-Cola is ending its groundbreaking sponsorship of the Fox network's "American Idol."

Coca-Cola and Fox issued a joint statement that emphasized that they will be "working together on new collaborations in the future."

Coca-Cola said that it felt the time was right to pursue other opportunities to "connect with teens and leverage music as a passion point.”

Coca-Cola and other advertisers have reduced spending on "American Idol" as the show's audience, while still large, has declined in recent years.  Last year, the show also lost longtime sponsor AT&T, although Ford has reported that it will return in 2015.

Coke's "Idol" sponsorship set major precedents that led to the now-widespread  practice of product integrations in reality shows and other television programming.

In addition to the high visibility of its red cups in front of the judges — and the show's renaming the traditional "green room" the "red room" in tribute to Coke — the brand has run numerous, ambitious contests, sweepstakes and other initiatives as part of its "Idol" sponsorship over the years.

"American Idol" will still be airing two nights per week when it begins its 14th season on Jan. 7, but will be reduced to one episode per week during the season's run.