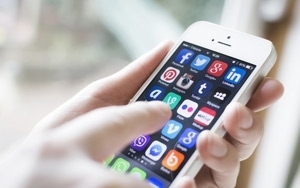 Mobile app "Install Addicts" -- consumers who download more than 17 apps monthly -- have emerged as a dominant force in the market, according to research released Wednesday. Getting consumers to download a mobile app is one thing, but it's quite another to convince those consumers to use them. Who are these consumers -- and what do they need?

They are probably less concerned with privacy and malware. Whether or not they realize it, consumers using apps give up a bit of privacy through these closed environments. It's much easier to track searches and purchases. And while many smartphone users are aware of security risks like mobile malware and loss of privacy, they are more than willing to trade some security or privacy for the convenience of free apps, per findings released Wednesday.

"Install Addicts" exist, per a Flurry Analytics report. The findings show that some consumers download on average more than 17 apps monthly. So who are these consumers? The findings analyze the app market by taking a deeper look into characteristics of the Install Addict persona.

The research, which focuses on users in the United States, reveals that consumers continue to download apps at the same rate as they did during the past four years. On average, U.S. consumers download 8.8 apps monthly in 2014, compared with 8.8 apps in 2013, 8.6 apps in 2012 and 8.9 apps in 2011. These numbers represent iOS apps downloaded from the Apple App Store and Android Apps downloaded from Google Play or any other Android App store operating in the U.S., explains Simon Khalaf, Flurry president and CEO, in a post.