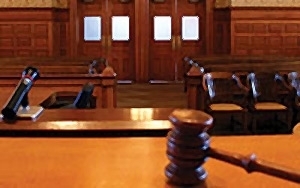 Google has accused the Motion Picture Association of America (MPAA) of reviving a campaign to censor the Internet. On Friday, the company asked a federal court to dismiss Mississippi State Attorney General Hood's 79-page subpoena because it constitutes an "unjustified attack" violating U.S. laws governing Internet platforms and online intermediaries.

"We are also asking those with a hand in this campaign to preserve all relevant documents," wrote Kent Walker, the head of Google's global legal team, in a post. "We regret having to take this matter to court, and we are doing so only after years of efforts to explain both the merits of our position and the extensive steps we've taken on our platforms."

Walker said Google is deeply concerned about recent reports that the MPAA led a secret campaign to revive the failed SOPA legislation through other means, and helped manufacture legal arguments in connection with an investigation by Hood.

The restraining order describes how the Attorney General's effort aims to force Google to limit third-party information accessible through Google's services, states the suit. It claims the subpoena violates the Fourth Amendment by demanding information about conduct that is plainly lawful.

The clash reignites a three-year old dispute between Hollywood and the Internet that proposed the Stop Online Piracy Act (SOPA), proposed privacy legislation.

In January 2012, Google, Facebook, Reddit, Wikipedia and other Web sites went dark in protest of the legislation aimed at curtailing free speech across the Internet. A copyright holder could seek a court order requiring search engines like Google or Bing to remove links to the site. It would make Internet sites the watchdogs and policing entity. The legislation would allow authorities to shut down an entire Web site based on the actions of one.