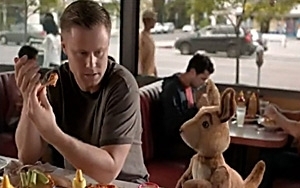 Never underestimate the power of football.

Indeed, the most-read story garnered nearly three times as many reads as the next most popular story in the category, and was one of the most-read overall. Dish Network’s promo bringing back college greats who failed to live up to their potential in the NFL resonated with MediaPost readers in a way many stories did not. Maybe it was getting stars like Matt Leinart, Heath Shuler and Brian Bosworth together in one place attracted attention. Or maybe it was just August.

Elsewhere in football connections, McDonald’s and Buffalo Wild Wings attracted attention as the seventh and eighth most-read stories for the year to encourage fan participation while watching football. In its second year as an NFL sponsor, McDonald’s launched a promotion encouraging people to show — via social media — how they intend to tailgate with the lure of having a mobile restaurant show up at one of their parties to serve up to 200 revelers. BW3, meanwhile, used the football season as a launching pad for its competitive “Gamebreak” gaming platform, allowing customers to compete for prizes (and interact with the brand) from anywhere.

“We know that our guests have a strong affinity for sports and competition,” Eric Strey, director of sports programs for Buffalo Wild Wings, toldMarketing Daily about the launch of the game. “GameBreak facilitates guest brand interaction in new ways, and extends the Buffalo Wild Wings experience beyond our restaurants while at the same time creating a more interactive, immersive sports experience for those guests who are in-restaurant.”

Of course, a category as dynamic as telecommunications is in constant need of attracting new customers. Several stories about new initiatives from these providers also made the list. Sprint’s short-lived “Frobisons” campaign (which featured a diverse family headed by a talking hamster) to highlight its “Framily” sharing plans was the second-most read story in the category. Meanwhile, AT&T-owned Cricket Wireless looked to inject some happiness and joy into the wireless category with animated creatures happily cavorting in a city because of good experiences with their wireless company. Samsung’s launch of its Milk Music streaming service also received attention, as did a January story outlining how T-Mobile’s “Uncarrier” marketing strategy was affecting AT&T.

“[T-Mobile’s] ‘Uncarrier’ position is appealing to a lot of consumers,” Ted Marzilli, CEO of BrandIndex (which provided the consumer perception measurement) toldMarketing Daily at the time. “Their satisfaction and purchase consideration scores are saying they’re happier and more people are considering their brand.”

(T-Mobile’s strategy, which continued throughout the year and is ongoing, has led to an increased number of customers and being named MediaPost’s Marketer of the Year.)

Finally, the ever-changing world of technology has led to interest in how consumers will be engaging with content in the coming years. Stories about the coming explosion of connected TV devices (Roku, AppleTV, etc.), and how tablets are changing content consumption habits also made the category’s top 10 list, as did a story about how consumers are coming to view social networks as a customer-service channel.

“Facebook is still the primary place to talk about customer service,” Roger Huff, director of social media and digital strategy for Accent Marketing, toldMarketing Daily, about the findings from his firm. “Facebook can’t be used to simply drive likes. It has to be a place where you have a strategy for customer service.”