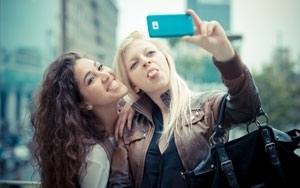 For better or worse, younger consumers are more able to form meaningful relationships through digital channels.

That, at least, is according to new research from digital marketing agency Deep Focus, which based its findings on a survey of 901 “mainstream” 18-34s, and 302 18-34 “trendsetters,” late last year.

In fact, more than one-third of this demographic now consider “eLationships” as meaningful as in-person relationships, Deep Focus finds.

Plus, nearly a third (32%) of the young respondents reported feeling “close” to people they had only met online, while more than three-quarters (76%) said they had friendships based solely on social-media interactions.

“This massive behavioral shift has resulted in a new era of digital engagement,” according to Gutfreund. “Do not underestimate the significance of ‘eLationships’ for young consumers.”

For Generation Y especially, their growing taste for “digital intimacy” manifests most notably in social communities, and their efforts to present a particular imagine to the world through digital channels.

Among young consumers, for instance, more than 50% now consider how their clothes will look in photos shared via Instagram and other social channels.

Similarly, young consumers increasingly seek validation through social media’s various endorsement devices, from likes to follower and fan counts. (According to Deep Focus, however, Gen Y attributes greater value to a like than a follower or fan.)

Moreover, a full 64% of 18-34s are now more aware of the importance of their online reputation than they've been previously.

To determine which community members fit the “trendsetter criteria,” Deep Focus asks respondents a series of questions regarding their digital consumption habits, social behaviors and degree of progressive and experimental thinking.