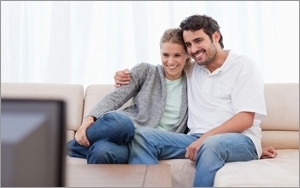 Recent sharp declines in cable network ratings — and overall lower TV usage — can be partly attributed to the steadily growing inclusion of broadband-only homes in the Nielsen TV sample.

In a report, MoffettNathanson Research says broadband-only homes — which began to be included by Nielsen in its sample of TV homes in September 2013 — have risen to become 2.7% of entire sample.

That usage was at its best levels back in February 2014 — around the time of the Sochi Winter Olympics — down just around 0.5% for viewers 2 plus and around a 2.9% decline for 18-49 viewers.

At the same time, cable TV networks' ratings have dropped. Monthly total day C3 (commercial ratings plus three days of time-shifted viewing) among 18-49 viewers sank steadily over 2014, ending down around 10% for the largest 30 networks.

Broadcast networks for the most part had a better time — down a couple of percentage points in October and November, after about a 7% rise in September at the start of the TV season. From April to August of 2014, those ratings were down around 5%.

Things might not get better. Michael Nathanson, senior analyst of MoffettNathanson, writes: “Given the ratings growth seen in first quarter 2014 (most likely a combination of the Winter Olympics in Sochi and last year’s record cold U.S. winter) ratings compares do not get easier until the second quarter 2015.”